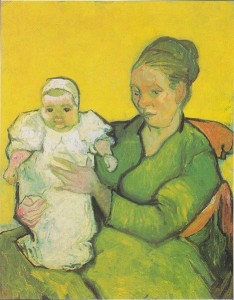 After many silly yet somehow profound conversations with my wife, I’ve decided it’s time to turn our gaming references to parenting into a post for your reading pleasure. Granted some of this may all seem silly at first, but I have hidden some true wisdom within these lines.

This tier of parenting is simple yet dirty business, and somebody has to do it! It’s not glorious when you first start out, although it is unavoidably the foundation you’ll build the rest of your adventuring career on.

You start out battling one dirty diaper at a time, and your party has no real sense of cohesion or tactics just yet. It’s all “fly by the seat of your pants,” no matter how well you think you’ve prepared. That cleansing ritual will not keep the diapers of eternal stench at bay, no matter how many times or how loudly you repeat its canticle. Sleep deprivation is going to sap away most of your healing surges; what’s left may be consumed by that soured milk breath weapon, hope you’ve got a high Fortitude.

Oh, and all those torches you packed… they aren’t going to help your Reflex any against toys you trip over when waking up in the middle of the night due to nightmares or having to prepare an alchemical concoction for the little one…

Family as Party
By your “party,” I do mean your child(ren), yourself, and your significant other of course, if you’re lucky enough to have one that is.

Some adventurers aren’t so blessed and must quest alone. So keep in mind, if you’re a single parent, the encounters don’t scale down and doing even the most mundane tasks can seem trying at times. You have even less time for short rests, but the rewards are fantastic—bragging rights, double XP, and hoarding all the loot for yourself!

After a while, you obtain a rhythm and things seem to get easier, challenges you face are easily overcome with at-will’s and encounter powers. You’ll have to break out the dailies when certain situations arise, such as questions like what happens when you lose all your hp or what that funny dance is that you were doing in bed with mommy/daddy the other night. Not all situations are so trying, however, so feel free to use minor actions to make some shit up, and those curiosities drop like minions.

Keep in mind that throughout the entire heroic tier of parenting, your party must function as every role both separately and often simultaneously. Be prepared to take on both full frontal assaults and sneak attacks and to successfully take out hordes of tasks with a single blast.

It’s also crucial that you prioritize supporting your party before glory, fame, and treasure. Tend to everyone’s wounds before they become too serious, and in times of inner conflict, avoid psychic damage at all costs (both dealing and receiving it). If you can master the art of multiclassing at least somewhat, this will make adventures in the future easier, and it forms bonds that neither swords nor spells can even come close to breaking.

Sometimes the small ones will grate on you no matter how much Will you can muster. During these times, bear in mind that they are merely fun, loot-seeking little goblins. Kids do have low Intelligence and Wisdom scores, despite how smart you think they are. After all, these little people haven’t even reached 1st level yet, and they’re a long way away. All of this is fleeting, however, because soon enough these stats begin to rise exponentially. Rolling initiative for the first time is right around the corner within the arcane halls of kindergarten.

Little Scholars
After a while, you’ll need to start preparing for the next chapter in your adventuring lives as your “little scholars” come home with a lot of questions and new words, maybe even a new language. The DCs on those History checks are just going to be harder and harder as time goes on, so stay sharp, and hopefully, you’ve saved some of the maps and books from your own youth to help guide them.

Also, don’t be afraid to take more practical and well-rounded feats. Even though the more whizz-bang ones that do a lot of damage seem enticing, I do believe you’ll get more mileage from the general category.

Also around this time, alignment is starting to burn through the thick parchment of innocence, so do your best to shift them in the right direction when they stray off course or another little minion dominates them for a round or two. You’re headed straight into the paragon tier, where your offspring’s Arcana, Athletics, Diplomacy, and Streetwise skills become staggeringly crucial.

Your own Bluff checks may also become a crucial part to staying formidably “cool” in the eyes of your young, so consider punching up that Charisma score as you level. Bear in mind that the bonuses they are about to begin gaining in these quickly approaching formative years affect their final stats far down the road as they head toward their epic destinies…

15 thoughts on “A Guide to Heroic Parenting”