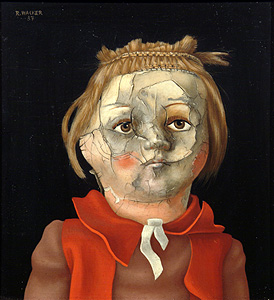 Lennox pleaded with the grey-bearded man in the park. “C’mon… I know you know the old woman in the swamp outside the city. You told a nobleman she could raise animals from the dead. Now please, help me broker a deal.”

Shevats replied instead, “Well, there’s also this pet cemetery I know of… you know, the soil of a man’s heart is made of stone and…”

“Never mind that idea. I’ve heard of that place and, uh … sometimes dead is better…”

“You’ve GOT to help me out! It took me days just to track you down!”

“Look my friend, why don’t you just summon another familiar?”

“I don’t want another familiar… I want Shila!”

“Okay… here’s my price.” He wrote a figure down on a scrap of paper with a pencil stub.

Lennox looked at it. “Are you kidding me? The temple of Asmodeus would charge me almost as much to raise a human being! You’ve got to be joking! I can’t raise that kind of cash all at once. I’m a wizard. I can do you a service of some kind. Maybe make a magic item for you at cost or cast a spell. Think of it as an exchange of services. What d’ya say?”

Shevats sighed. “Okay, okay, but I’m making no promises! You’ll have to come with me if you want her to help you. Zhemrafel doesn’t speak our language, so you’ll need me to translate.”

“Okay, let’s go! A quick trip into the wetlands… how hard can that be?”

What do you do when a familiar dies? Up until now, your only option was to get a bag and a shovel, then gather reagents for an expensive “replacement ritual.” Is this any solution when you’ve lost a dear friend? There is another option.

As raise dead except you restore to life an animal, animal companion, or familiar.

Another interesting option is to create a homunculus instead of or in addition to your animal familiar. The telepathic link alone is almost worth the price! They are able to count coins, hold light sources, and fetch tiny objects like wands and potions (making drawing them a free action for the owner). The examples below are interesting variations on the standard homunculus. Use the homunculus entry in the Pathfinder RPG Bestiary and apply the variations listed for each.

Doll—Created from rags and sticks or made entirely of wood, these come in a variety of forms. The example below is for a marionette. Substitute poison for horror gaze (Su) 1/day within 30 feet like scare spell (CL 3; DC 13).

Eye—Little more than a large eye with tiny wings, vestigial legs, and a tail, this Fine homunculus can fit through even the smallest of openings to spy on the unwary.

Hand—This creepy “thing” carries a certain amount of prestige among necromancers. Though not undead, it certainly looks it. Its appearance is dependent on the creature of origin. Very strong for its size, it can punch by launching itself at opponents for 1d2 +1 nonlethal damage. It can also grapple tiny foes (CMB +2). Because of its size and shape, it is very stealthy and acrobatic.

Headless—How about a headless cat, rabbit, tiny dog, or chicken? Why not! Headless homunculi can use their blindsight ability to detect invisible or hidden opponents and communicate the location to their masters via telepathy. Oddly, they behave exactly like living animals—minus a head of course.