Skip to content
Home / Delve into the Depths in the Kobold Blog / Expanding Codex: Unhatched 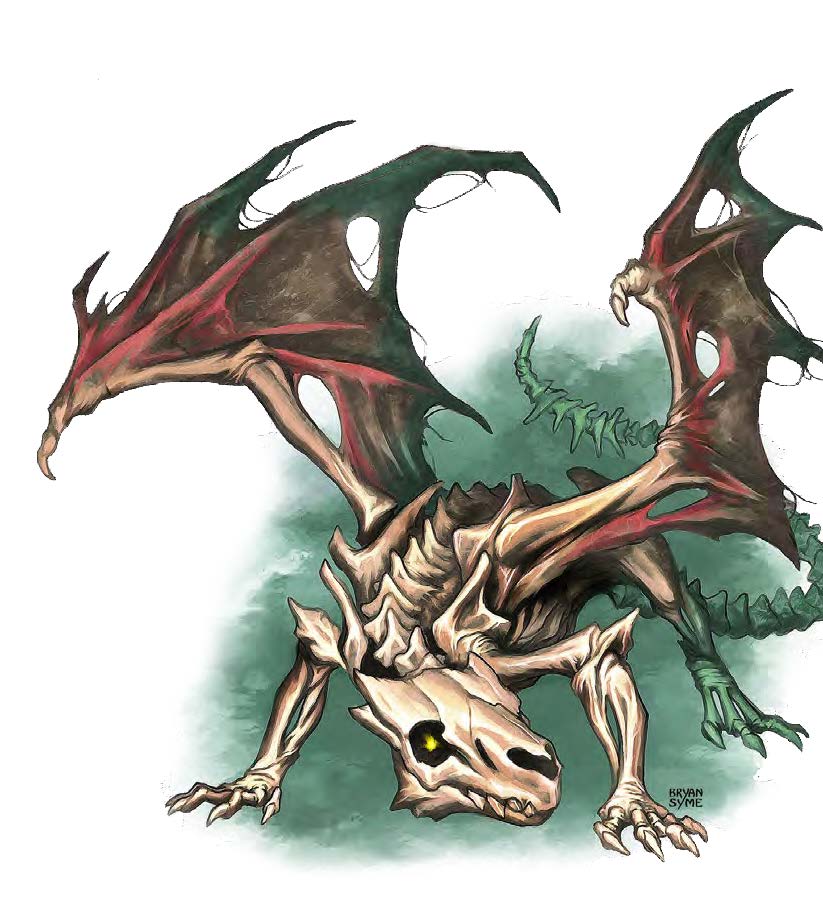 The following changes allow GMs to alter an unhatched without modifying its challenge rating.

The unhatched loses its Hatred trait.

Draconic Magic Resistance. As a bonus action, the unhatched gives itself advantage on its next saving throw against spells or other magical effects originating from a dragon or creatures with a draconic heritage.

The unhatched loses its Hatred trait.

If the unhatched is not from a green dragon egg, it loses its damage immunity to poison.

The following magic items and spell are inspired by abilities possessed by a unhatched.

This small packet contains soot-like dust. There is enough of it for one use. When you use an action to blow the choking dust from your palm, all creatures in a 30-foot cone must make a DC 14 Dexterity saving throw, taking 16 (3d10) necrotic damage on a failed save or half as much damage on a successful one. A creature that fails this save can’t speak until the end of its next turn.

Alternatively, you can use an action to throw the dust into the air, affecting yourself and all creatures within 30 feet of you with the dust.

Staff of the Unhatched

Staff, uncommon (requires attunement by a sorcerer, warlock, or wizard)

This staff carved from a burnt ash tree is topped with an unhatched’s skull. The staff has 10 charges. It can be wielded as a magic quarterstaff. When you hit with a melee attack using it, you can expend 1 charge, and the target takes an extra 1d8 necrotic damage.

While holding the staff, you can use an action to expend 1 or more of its charges to cast one of the following spells from it, using your spell save DC: bane (2 charges), chill touch (1 charge), or minor illusion (1 charge).

The staff regains 1d6 + 4 expended charges daily at dusk. If you expend the last charge, roll a d20. On a 1, the staff crumbles to dust and is destroyed.

Casting Time: 1 reaction, which you take in response to a creature that healed, restored, strengthened, or otherwise aided another creature
Range: 30 feet
Components: V, S, M (a claw from an unhatched)
Duration: Concentration, up to 1 minute

A willing creature you designate within range has advantage on attacks against the target that triggered this spell. The designated creature benefits from this spell for the spell’s duration or until it successfully hits the target, whichever occurs first.

At Higher Levels. When you cast this spell using a spell slot of 2nd level or higher, you can designate one additional creature for each slot level above 1st.