Skip to content
Home / Delve into the Depths in the Kobold Blog / Expanding Codex: Flame-Scourged Scion 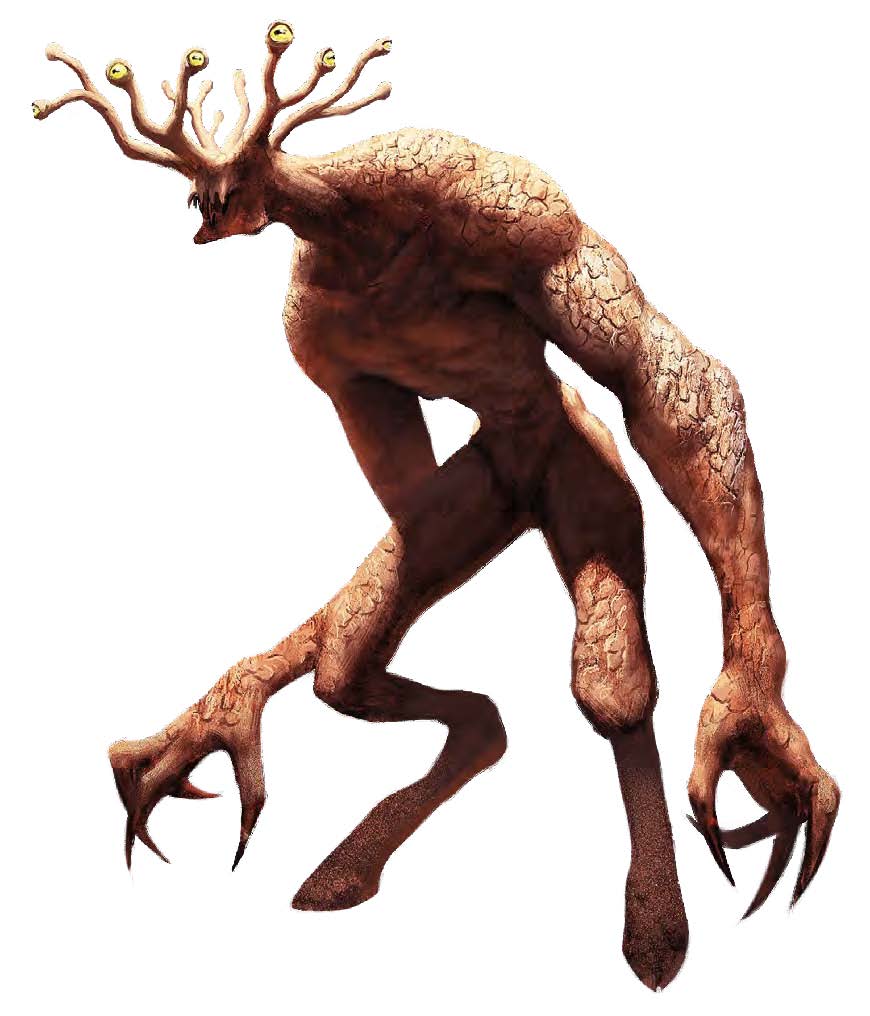 The following changes allow GMs to alter a flame-scourged scion without modifying its challenge rating.

Blight Burst (Recharge 6). The flame-scourged scion showers the area around itself with the ooze leaking from its skin. Each creature within 10 feet of the flame-scourged scion must make a DC 18 Constitution saving throw, taking 27 (6d8) necrotic damage on a failed save or half as much damage on a successful one. Plant creatures make this saving throw with disadvantage, and nonmagical plants that aren’t creatures wither and die without a saving throw.

A flame-scourged scion with a kick attack makes two tentacle attacks and one kick attack when taking the Multiattack action.

A frostbitten scion has similar origins to a flame-scourged scion, except those who destroyed its grove used powerful cold magic. It gains resistance to cold, loses resistance to fire, loses its Burning Rage and Firesight traits, loses its Embers action, and gains the following traits and action:

Wintersight. A frostbitten scion can see through areas obscured by ice, snow, and fog without penalty.

The following magic items and spell are inspired by abilities possessed by a flame-scourged scion.

The lenses of these combination fleshy and plantlike goggles extend a few inches away from the goggles on a pair of tentacles. While wearing these lenses, you can see through areas obscured by fire, smoke, and fog without penalty.

As a reaction when you are the target of an effect that blinds you, you can force the goggles to intercept the effect, giving you immunity to it. If you do so, you cannot use any of the goggle’s functions until the next dawn.

This stiff, vaguely uncomfortable coat covers your torso. It smells like ash and oozes a sap-like substance. While wearing this coat, you are resistant to slashing damage from nonmagical attacks.

As a reaction when you are the target of an effect that inflicts damage of the chosen type, you can gain resistance to that damage. The coat grants you advantage on your attack rolls as above and then becomes nonfunctional until the next dawn.