Skip to content
Home / Delve into the Depths in the Kobold Blog / Beyond Damage Dice: Elven Weapons 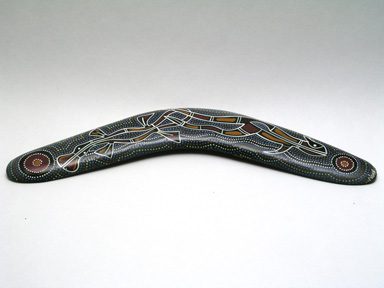 A weapon is more than the damage it deals. In combat, skilled warriors use their weapons to confuse, disorient, and disadvantage their enemies before moving in for the kill. Beyond Damage Dice ties unique maneuvers to weapons from both the core rules and the Midgard Campaign Setting, giving them a distinct impact on the battlefield. This article examines weapons crafted by the elves and elfmarked of Midgard using methods passed down throughout the ages.

The wood elves of Lost Arbonesse are skilled and versatile warriors, and can craft weapons just as adaptable as their wielders. During their training, Arbonessi elves become masters of fighting both with dual small blades and single large blades. For these warriors, the master elven smiths developed an elegant weapon that could be wielded both as a pair of blades to be used against multiple foes at once, and then joined together to form a two-bladed greatsword for single combat.

When separated, a pair of joining blades are identical to scimitars. When joined, the blades form a double-sword with two blades protruding from a central hilt; this blade is a greatsword with the finesse property. You can join or unjoin the blades as a bonus action. You can use scimitar maneuvers and greatsword maneuvers as described in Beyond Damage Dice: Swords with this weapon when it is in the appropriate form.

Elegant Separation. You can decouple your blades in one fluid motion. After you take the Attack action with a joined greatsword, you can separate the blades into two scimitars as part of that action.

Bolas are throwing weapons by the windrunner elves of the Rothenian Plains to capture all sorts of fleeing creatures, from beasts to Kariv nomads to unfortunate adventurers. Bolas are made from ball-shaped weights tied together by a length of cord, and were invented by real-world South American tribes as a hunting tool. Bolas use maneuvers similar to the net, originally presented in Beyond Damage Dice: Thrown Weapons.

When a creature is hit by a ranged weapon attack made with a bolas, it must make a Strength saving throw with a DC equal to 8 + your proficiency bonus + your Strength or Dexterity modifier (your choice). On a failed save, the creature is restrained until the bolas are removed. On a successful save, the creature takes 1d4 bludgeoning damage as the bola strikes it, but does not entangle its legs.

A creature can use its action to make a DC 10 Strength check, freeing itself or another creature within its reach on a success. Dealing 5 slashing damage to the cord (AC 10) also frees the creature without harming it, ending the effect and destroying the bolas.

Suffocating Binds. Instead of restraining your foe, you may instead wrap the thick cords of your bolas around a single creature’s neck. A Large or smaller creature that fails a Strength saving throw against your bolas attack when you use this maneuver is not restrained, but cannot breathe until it is freed.

Wing-Tying Cord. Instead of restraining a flying creature, you may entangle its wings in the cord of your bolas. A Huge or smaller winged creature that fails its saving throw against your bolas attack when you use this maneuver has its fly speed reduced to 0 (but is not restrained) until it is freed.

When subduing their prey with bolas does not suffice, the windrunner elves of the Rothenian Plains use a specialized boomerang to slay fleeing marks. Windrunner boomerangs are made of wood or bone, and (unlike real-world boomerangs) sometimes have a bladed slashing edge. Boomerangs were invented by real-world Australian aboriginal tribes as a hunting tool and may have been used by ancient peoples as long as 50,000 years ago.

A boomerang thrown within its short range returns to you after it is thrown. If you have a Dexterity score of 15 or higher, you automatically catch the returning boomerang. If not, you must make a DC 15 Dexterity saving throw to catch it. On a failed saving throw, the boomerang lands at your feet. If you fail this saving throw by 5 or more, the boomerang strikes you, dealing 1d4 bludgeoning damage (or slashing damage, if it is a bladed boomerang).