Skip to content
Home / Delve into the Depths in the Kobold Blog / Beyond Damage Dice: Monk Weapons, Part 1 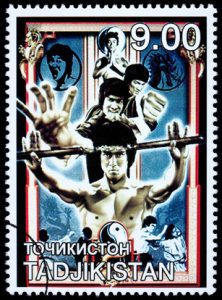 A weapon is more than the damage it deals. In combat, skilled warriors use their weapons to confuse, disorient, and disadvantage their enemies before moving in for the kill. Beyond Damage Dice ties unique maneuvers to weapons from both the core rules and the Midgard Campaign Setting, giving them a distinct impact on the battlefield. This first part of the monk weapons series presents new maneuvers that monks can use with bludgeoning weapons.

The quintessential weapon of a monk or martial artist, the unarmed strike is an easy way to simplify thousands of complex and unique martial arts into a single game mechanic. These maneuvers highlight the unique methods of certain martial styles without undoing this simplification.

Butterfly Kick. The xuan zi maneuver in real-life Chinese martial arts is an impractical acrobatic flourish, but in a fantasy setting, this kick can be used as a defensive technique. As an action, you can make a single melee attack roll with your unarmed strike. If this attack hits, you can immediately take the Dodge action, requiring no action.

Gentle Rebuke. Inspired by the martial art of jūdō, this maneuver allows a monk to defend him or herself without attacking. Whenever you make an attack as a reaction, you can make the attack a Gentle Rebuke. This attack does not deal damage, but you can choose to throw the target up to 10 feet away, where it lands prone. This attack has no effect if the target is more than one size category larger than you.

The bō (sometimes redundantly called a bo staff in the West, and the kon in Okinawa) is a nearly 6-foot-long fighting staff used most frequently in Okinawan martial arts. In 5th Edition, monks that follow the Way of the Open Hand typically learn to fight with a bō during their training. This weapon is mechanically identical to a quarterstaff, and a monk can also use these maneuvers while wielding a quarterstaff.

Lunge. As an action, you can make a single melee attack roll with your bō against an enemy within 10 feet of you. If the attack hits, you can switch positions with the target, as long as nothing physically prevents the target from moving.

Vault. You can use your bō to help you leap long distances. You can use an action to double the length of your long jump, allowing you to leap a number of feet up to twice your Strength score (this jump is part of your movement). If you land adjacent to a creature at the end of this jump, you can make a single attack with your bō as part of this action.

Crushing Blow. As an action, you can make a single melee attack roll with your kanabō against an armored or naturally armored creature. If the attack hits, the target’s AC is permanently reduced by 1 until its armor is repaired, but cannot be reduced below 10 + the target’s Dexterity modifier. This attack has no effect on creatures with magical armor, unless your maul is also magical.

Reckless Swing. The first attack you make with a kanabō this turn deals an extra 2d6 bludgeoning damage. If you miss with this attack, the target can make an attack against you as a reaction unless you spend 1 ki point.

In Okinawan karate, nunchaku (or nunchucks in the West), were a training tool used to improve a martial artist’s coordination and speed. Bruce Lee popularized the nunchaku as a street-fighting weapon in his martial arts films. In 5th Edition, this weapon is mechanically identical to a flail, and a monk can also use these maneuvers while wielding a flail.

Chain Garrote. You may attempt to grapple a creature by looping the tether of your nunchaku around its neck. While grappled in this way, the creature cannot speak, cannot breathe, and has disadvantage on attack rolls against you. If you surprised the creature with this grapple, it cannot hold its breath and immediately begins suffocating (see “Suffocating”). Creatures that you cannot grapple or do not need to breathe are unaffected by this maneuver.

The tonfa was a traditional weapon in Okinawan armed martial arts. They are a short club with a perpendicular secondary grip. This weapon is mechanically identical to a club, but a monk cannot use tonfa maneuvers while wielding a club.

Disarming Parry. By reversing your grip, the handle of the tonfa becomes a hook. When a creature attacks you with a weapon, you may use your reaction to catch their weapon in your glaive’s hook and disarm them. Make an attack roll with your tonfa. If the result of this roll equals or exceeds their attack roll, the creature’s attack misses and it must succeed on a Strength saving throw or drop its weapon.

Focused Jab. The tonfa focuses all the force of a jab into a small point. You can spend 1 ki point as part of the Attack action to make your tonfa attacks ignore resistance to bludgeoning damage for 1 minute.