Skip to content
Home / Delve into the Depths in the Kobold Blog / Your Whispering Homunculus: d12 Table Time, Part One 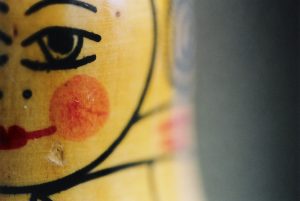 “Master, you’ve been in there an awful long time, are you alright?”

“Of course I am, and stop interrupting me. I’m just studying volume XXXII of Barn’s Almanac of Dubiously Useful Random Tables, using only the twelve-sided dice. Now, if you haven’t got anything better to do, go away and rebuild that broken harpsichord.”

For no good reason whatsoever, here is a collection of extremely obscure and random d12 charts. So obtuse are they that each comes with a suggestion or two about what use they may be in your own campaign.

Some people may set great store by pretending to be powerful (and not so powerful) wizards and witches; in a place where magic is real, those who seemingly command such power may earn respect and possibly fear in equal measure. Not all those who pretend have done such a good job, however; sometimes their props are very homemade, coming from cheap street theaters or mummers who have used them as props during plays, songs, and other entertainments. Depends who they’re trying to fool I guess…

Just in case that vile barbarian has a pet cat or ferret, or on the off-chance that you need a bit of background color for a tavern or street-market, here are a dozen very handy names for mighty animals that happen to be somebody’s pet.

Let’s face it, ten-foot poles have been around for a long time—right back since the inception of fantasy gaming in fact. Some must surely be better than others. Of those, some must have been more noteworthy, sought after, or infamous as a result, so here are twelve of them.

So here are twelve, you know, cheeses for fantasy games just in case you might need them. Not all of them may be cheese; they may be something else, pretending to be cheese, created by tinkering spellcasters keen to create vessels for their magic foulness. Magic cheese is something a future YWH may well detail further, in fact.

Use these as conversation stoppers mumbled over rancid ale, as concerns for less than enlightened leaders who worry about the security of their borders, or as really, really hard tests to your writing and GMing skills by fleshing out such preposterous plots.

Your Whispering Homunculus: 50 Treasures of the Southlands, Part Two

3 thoughts on “Your Whispering Homunculus: d12 Table Time, Part One”