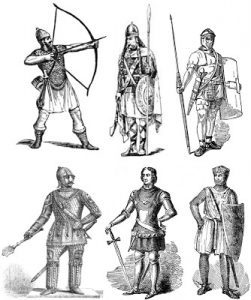 The Rose Stone Manor is the crown jewel of the city’s wealthiest estates. The grounds are private, the windows easy to open, and with so many doors it should be simple enough to find a way inside. Smart thieves have seen the signs with the red all-seeing eye, put their hands in their pockets, and walked away. Stupid thieves thought they were smarter than the Sunset Men, and decided to try the job anyway. They spent a lot of time contemplating their mistakes behind thick stone walls, serving time for attempted burglary.

There are always going to be thieves in the world, but in this city those thieves tend to look for homes and businesses who don’t bear the red orb of the Sundown Eyes Guild.

What Is the Sundown Eyes Guild?

When thieves get organized and form guilds, those who work to stop them have to do the same. The Sundown Eyes Guild is in the business of staying one step ahead of the thieves, burglars, and cutthroats that plague any city. From providing protection to the city’s ruling elite, to working with smaller merchants and shop owners, the Sunset Men ensure that their clients are kept safe. Everything from providing discreet bodyguards to enchanted property monitoring are all available . . . if the client is willing to meet the price. And if something does happen on the guild’s watch, they will work tirelessly until the people responsible are brought to justice and things are put right.

The Sundown Eyes hire all kinds of troubleshooters and experts. Their most basic members are little more than private guards, providing an extra set of eyes and a little additional muscle for when the city watch is nowhere to be found. However, the group also employs everyone from reformed criminals to retired adventurers, rewarding them for their unique talents despite their often questionable histories. Some of its members are famous, or infamous, and their deeds make clients more likely to seek the organization out.

The Sundown Eyes Guild in Your Game

This anti-thieves guild can fill a lot of roles in your game. For instance, they could function as an employer if your party needs a paymaster. Maybe you helped save someone from being kidnapped, or prevented an assassination, and the guild took notice of your group’s skills. Alternatively, your party might have been tasked with stealing a valuable, but dangerous, object. So now, in addition to dodging the city guard at every turn, you also have the relentless members of the guild dogging your every step. Or, worst of all, you’re brought in as outside help because someone stole a bunch of valuables from a client . . . and the party suspects it was an inside job, committed by the guild itself!

The guild can fulfill a lot of roles, depending on what you need as a storyteller. For example, if you’re running an urban campaign, then the guild can make for an additional backdrop decoration. If the party is interviewing a powerful NPC, then the presence of guild members drives home that the person is wealthy and security-conscious. You could also use the guild as a clue by having them show up in out-of-the-way places, leading the party to ask why members of an elite private force would be so far out in the countryside where there’s seemingly nothing to protect. You could also use them as background for your party, explaining how an elite trapsmith or a highly trained bodyguard acquired skills through completely legal channels.

Big, Small, or Somewhere In Between?

What makes the Sundown Eyes Guild so useful as a storytelling accessory is that you can size it to fit your adventure. For example, if you want your party to have an ally against the corrupt city watch in their early levels, the guild could provide information and perhaps a little backup. If you’re looking for a reason to keep the party together once they’ve hit their stride as mid-level adventurers, then a larger guild, with deeper pockets and a bigger reputation, could offer them challenge and adequate compensation for their deeds. And if you’ve been wondering where the villain is recruiting such dangerous henchmen from, they might simply be out-of-uniform Sundown Men. That could put a chink in the villain’s armor if the party finds out and then uses the information to their advantage.

Good, bad, or a little bit of both, you’d be surprised at how much more organic your game world feels when the private guards are all wearing snappy uniforms and working for the same paymaster.

1 thought on “The Sundown Eyes Guild”