Skip to content
Home / Delve into the Depths in the Kobold Blog / Welcome to Midgard: The Season of War 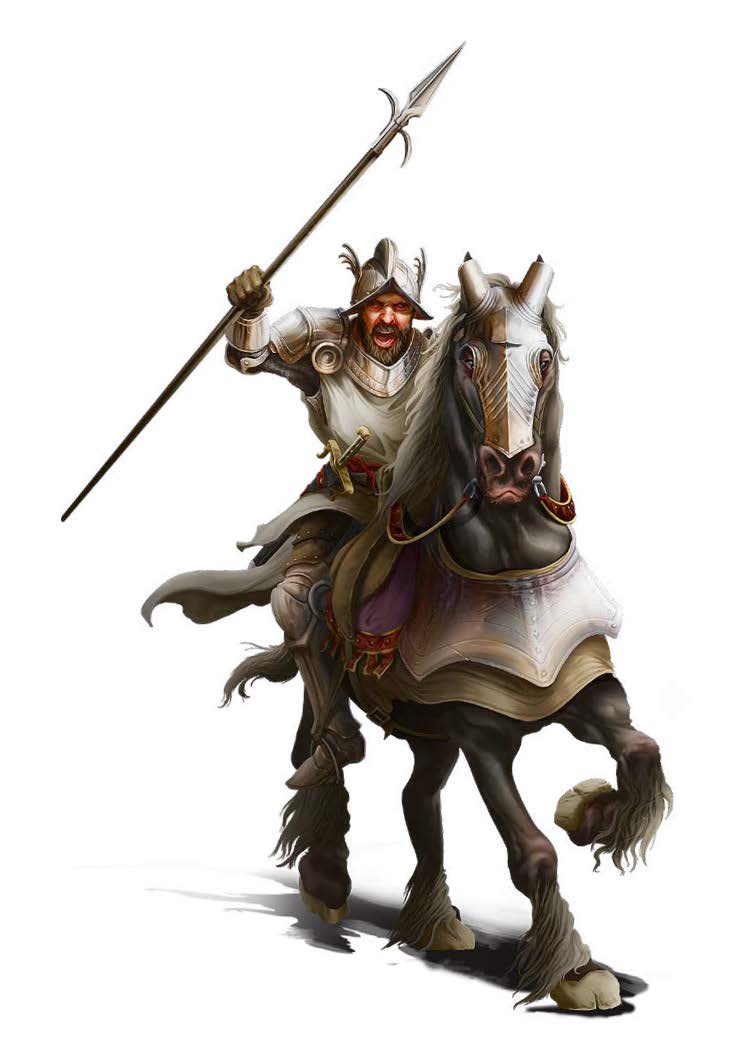 The Seven Cities both revel in and depend on war. Customs and laws limit their wars’ gross destruction, provide a season for it, make it a source of status for their generals and nobles that glorifies their power and right to rule, and—not least of all—make war a source of valuable plunder and tribute from weaker states.

Fighting a war correctly requires obeying its limits and forms. The practices and rituals governing war in the Septime lands and the free companies operating there include the mustering of soldiers, the blessings of a company, the taking of plunder, the ransoming of hostages, and the limits of the season.

None of these understood rules and customs matter one bit to the Mharoti of Rumela. The draconic legions fight to win and do not feel bound to any Septime notions of law or propriety.

Mustering and Blessing a Free Company

The free companies gather in the month of Springmelt, or at latest in Sowing. Dwarven companies in the Ironcrags muster early to march south as mercenaries, while minotaurs from the south wait until the muddiest roads are clear for marching. Those bound for Friula, Triolo, and Trombei assemble in the Canton of Melana. Companies serving in Capleon, Kammae, and Valera gather outside the walls of Valera, near the Fist of Mavros, an auspicious place.

A free company might include as few as a dozen men, women, dwarves, and minotaurs, with a small train of horses and supplies for a fast-moving scout company, or it might number scores or hundreds. Typically, individual sell-swords negotiate membership in established or newly forming companies rather than directly with employers, but a rare few specialists can make a living as lone soldiers. A company offers its services for the season, defined as the first day of Sowing or after the Rites of Spring, depending on weather and pay. The season ends with the Harvest. Attacks after that date are described as pure banditry by the faithful of Mavros.

A score of soldiers cannot declare themselves a company and entertain employers, however. A legitimate company must create articles declaring its name, rules, captain (sometimes chosen by the members, sometimes a noble, professional mercenary, or patron), the division of spoils among its members, the cause they fight for, and the length of their service. All members must sign this contract. Those who don’t sign on in the spring receive only half shares.

With their articles in place, most companies choose a priest of Mavros to bless their venture, though those from Kammae petition Hecate for blessings, and the dwarven companies ask for the aid of Perun, Volund, or even Loki. The company wears a badge or insignia so its members can identify themselves, something as simple as their captain’s banner or heraldic device.

Captains of the various companies can gain status and wealth, but they also make themselves targets for capture, assassination, bribery, and enchantment. When a captain dies or otherwise cannot command in battle, a designated lieutenant or sergeant takes over, but in many companies, a single strong leader both ensures the company’s effective operation and holds the whole group together. Opposing forces know this. After their first season, few mercenaries question why free company captains earn 20 shares rather than one.

Triolo, Capleon, and Trombei establish sea companies along similar lines to land-based ones and offer comparable commissions. Sometimes the city owns the ships involved, with the company rounding out the crew or marines, and sometimes successful captains or merchants bring their own vessels. Otherwise, the principles are the same.

Unlike the mad warriors of the Rothenian Plain or the brutal savages of the Goblin Wastes, Seven Cities armies rarely kill civilians or prisoners.

Most don’t even hold the latter for long, depending on how quickly they can secure a ransom or parole. Generals offer an honorable surrender to cities before besieging them. Everyone honors those traditions that compel both sides to refrain from violence, and the payment of tribute can secure a treaty. The purpose of war, after all, lies in the advantages it wins and not the fighting, and if clever words and intimidation can carry the day, the glory remains.

The Septime states follow rules of warfare, though justice isn’t one of them. Brutality and atrocities happen frequently, prisoners are sometimes murdered to make a point (though the practice is usually limited to those who fail to surrender or who practice partisan tactics or attack villagers or other noncombatants), and war unavoidably means violence and death. The Seven Cities pretend to a little chivalry, but their commanders are pragmatic, and they rarely show mercy when a foe stubbornly resists or has little ransom value.

Warfare is civilized because it is a matter of status as much as a matter of conquest. The point is to please Mavros, to move a border, and to grow rich. Wiping out a neighboring city defeats the whole point, so surrender does not mean extinction. However, every loss is a humiliation, and perhaps the end of a dynasty and the start of onerous tribute. Capturing a foe and extorting money from their city is better business than killing one more enemy soldier.

As part of the code of war, victorious commanders offer to ransom captured officers and nobles back to their family, city, or feudal lord. The price prisoners bring goes to the captain of the company that caught them, divided up like any other spoils of war. Typical costs for ransoming a powerful or notable personage run to 100 gp per point of Status (see page 25) and 1,000 gp per point over 20.

The season begins once the mustering and signing of articles wraps up. The early stages involve gathering supplies and marching many miles to a border. A declaration of war officially opens hostilities, followed by crossing the border and settling down to one of four activities: a small raid, a great raid (cavalcade or chevauchee), a siege of a town or castle, or a formal battle…