Skip to content
Home / Delve into the Depths in the Kobold Blog / The Sorcery Stop: Apostles of Oblivion 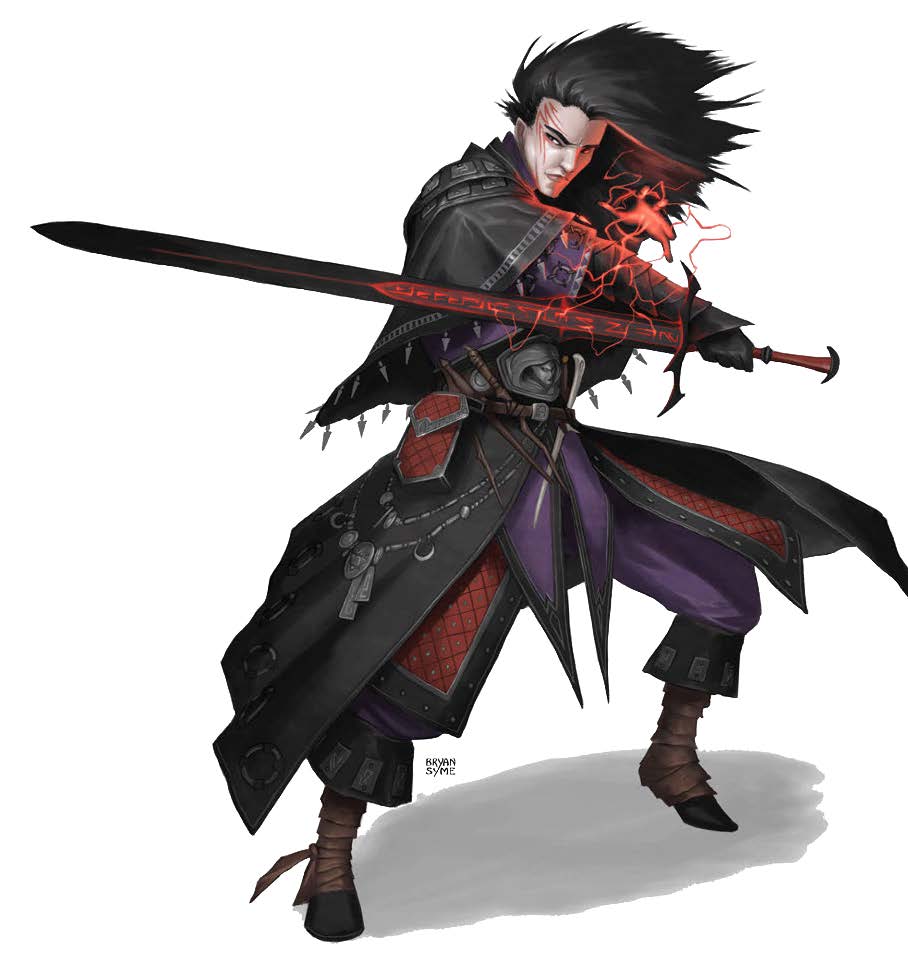 Magic is the lifeblood of fantasy. Arguably the dividing line between fantasy and other types of fiction, magic can be strange, mysterious, frightening, comical, and anything in between. So if you’re looking to explore the applications of magic in a fantasy roleplaying campaign, you want to visit the Sorcery Stop!

Death cults have existed for as long as creatures have contemplated their own mortality. Born from fear, revulsion, fascination, or a combination of the three, such cults have spent millennia working their agendas. Some follow gods whose portfolios include aspects of existence such as pain, deprivation, entropy, or struggle, but others follow Death directly as a concept or entity.

The death or oblivion the followers seek may be for themselves, their enemies, or another group, but followers of Death are rarely trusted and almost never embraced. While some followers of death may be appreciated, especially in the case of village healers, mediums, and witch doctors, most conceal their death worship behind the veneer of normal society. In dire times, such as war, pestilence, and drought, known followers of death are as likely to be blamed as they are to be seen as a solution. For those who are not part of the cult or do not share a death worshipper’s religion, contact with death worshippers or cultists is generally an act of desperation and a last resort.

Characters who venerate or worship death are probably uncommon in your campaign. Wizards who study necromancy, clerics who take the Death domain, and dark paladins are typically viewed as villains whether or not they actually bear malice toward living creatures in general. Bards can act as final heralds or sing dirges to channel their power, and while druids and rangers may seem like the most life-affirming classes in the game, both could just as easily seek human sacrifices to honor animalistic powers. Rightly or not, those obsessed with death from any approach are probably viewed as evil or distasteful at best.

Of course, spellcasters are not the only characters who might join or follow death cults. Fighters or barbarians could easily be dedicated to eradicating some group of living creatures, and may even serve alongside fiends or undead in pursuit of that goal. It’s not hard at all to imagine a sect of assassins devoted to a death god. Monks, with their penchant for meditation and introspection, could be dedicated to death powers or see self-termination as the ultimate step in the pathway to perfection. Thieves may seem too self-serving to follow any belief system but could easily have been raised in, by, or even for a group focused on death.

Warlock of the Void

Interestingly, given the class’s concept and flavor, the warlock doesn’t really have a patron well-suited to a death cult. While a fiend is certainly a viable option and a Great Old One such as Nyarlathotep certainly fits the bill, it also makes sense that warlocks have an option for a more nuanced approach to death patronage. Whether part of a fanatical wing of Apollo’s cult or charged with guiding followers and enemies of Hel or Set alike to their final destination, the death patron warlock excels at deciding when a character will shuffle off its mortal coil.

Your patron is Death—possibly a deity or servant of death but just as likely Death incarnate. Your patron gives you limited power over its essence and calls upon you to respect and revere it above all others. Death’s plans and motivations can be complex, inscrutable, and distant, and you can also be seen as such by those you privilege with knowledge of your calling.

Death lets you choose from an expanded list of spells when you learn a warlock spell. The following spells are added to the warlock spell list for you.

Student of the Void

Starting at 1st level, your devotion to Death grants you a greater degree of control over when it claims life. When you touch a creature that is at 0 hit points, you can decide whether that creature succeeds or fails on its next death saving throw. In addition, you gain proficiency in martial weapons.

Docent of the Void

At 6th level, when you fail a saving throw that would result in you dropping to 0 hit points, you can choose to succeed on the saving throw instead. Once you use this feature, you can’t use it again until you finish a short or long rest.

Artisan of the Void

At 10th level, you roll two extra Hit Dice to recover hit points at the end of a short rest. You can choose to allow one creature you are touching to roll the extra Hit Deice instead.

Maven of the Void

At 14th level, your mastery over death is near complete. As an action, a creature you touch must make a Charisma saving throw against your warlock spell save DC. On a failed save, the creature believes that it has died, and is paralyzed until the end of its next turn or until your concentration is broken (as if you are concentrating on a spell). This effect ends early if the creature takes any damage.

Until this effect ends, you can communicate with the creature as though you are a deity, Death, or a similarly powerful entity. You and the creature can understand each other even if you do not speak a common language. The creature can see and hear only itself and you. At the end of this effect, the creature takes psychic damage equal to five times your levels in the warlock class or recovers that amount, whichever you choose.

You must finish a short or long rest before you can use this feature again.

1 thought on “The Sorcery Stop: Apostles of Oblivion”