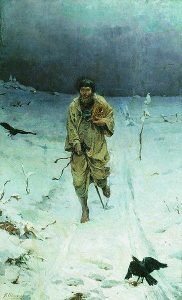 “The Last Map of the Cartomancer” presents a series of magical maps introduced through the escapades of Lan Su’Vavock and Kai Geyser, two sages on the trail of interconnected clues left behind by an ancient cartographer of legend. [Part 1] [Part 2]

“Well, as long as we’re stuck on the road, hiding amongst these caravan passengers, I thought that perhaps now would be a good time for you to get me up to speed on the previous maps. I’m interested in the ones you tracked down before I was foolish enough to join you. There’s a lot you haven’t told me.”

“That’s not a bad idea Kai,” said Lan after stealing a glance to each side to ensure none of the other passengers could overhear them. “The more you know about the Cartomancer, the more prepared you will be for what lies ahead.”

“Exactly—so let’s start with the worst. How bad will it get?”

“By the gods, pretty awful…”

“Well, as you will recall, I was stuck in the port of Thasevra for many months.”

“I was actually there driving myself to distraction trying to decipher one of my earliest maps. It was there that I learned just how much the Cartomancer could demand from his pursuers.”

“I don’t think I’ve ever seen that map.”

“No, you certainly haven’t. I have it with me now though.”

“Nonsense. You expect me to believe all this time you’ve been carrying an actual map of the Cartomancer?” Then seeing Lan actually produce a scroll case from his pack Kai added in a harsh whisper, “Su’Vavock! How could you be so careless? What if we’re captured? We can’t let something like that fall into the wrong hands. We still don’t even know who’s been trailing us since Fort Torsarken.”

“I brought it because if I’m forced to hand it over,” he said as he passed Kai a simple rolled sheet from the case, “all they will find is this.”

“I know it is. Believe me; I know every wrinkle and crease of its blankness by heart.”

“Sort of,” answered Lan. “You know, this will go easier if you just let me tell the tale.”

“Not a chance,” answered Kai. “If I don’t test you throughout you will simply embellish beyond fiction.”

“I despise that you know me so well.”

Kai laughed and then brought Lan back to the subject at hand. “Naturally you tried an impression rubbing.”

“Of course. And you tried the heat test?”

“I tried every temperature the parchment could conceivably stand. I even took it as far as Doreskon in the middle of winter.”

“But nothing. I also tried every alchemical test I could think of. If I hadn’t known how to recognize the Cartomancer’s sign on the top right corner of the back of the page, I would surely have quit.”

Kai quickly flipped the scroll over and quickly confirmed that the scroll did indeed bear the all too familiar mark before he bid Su’Vavock to put it away and continue.

“My first break came after several weeks of frustration. Late one night while I was keeping myself awake with Defrin tea, I could have sworn that for just a fraction of an instant that I saw a series of text and lines race across the page.”

Kai raised his eyebrow in reaction. There was clearly nothing on the map Lan was rolling up now.

Su’Vavock continued: “But it was gone before I could even begin to read it, let alone orient myself.”

“You tried more of the tea, I suppose?”

“A great deal, with many variations too, but to no avail. I also latched on to the idea that the map would appear in the moments before its reader would fall asleep. I tried that for many nights.”

“All I achieved was to at last become well rested. In the meantime, I had my second break. And I have to say Kai that it ranks as the absolute lowest point in my pursuit of the Cartomancer’s secret.”

Kai simply fell silent and let Lan continue. He felt a sudden bump as the caravan suddenly rolled over a larger stone in the road, but the caravan soon again settled into its monotonous drudgery.

“While I spent my days running futile tests on the map, I paid a local boy, the village idiot you see, to fetch me my daily staples. One afternoon as he delivered some bread and cheese, he complimented me on my beautiful map.”

“The village idiot could see it?”

“Oh yes. But I didn’t realize it then. I ignored him, assuming he was referencing one of the other dozen of maps I had strewn about my office. It wasn’t until hours later that I made the connection. What he had primitively described, you see, matched nothing in the room. Rather, it was possible, I felt, that his simplistic portrayal bore a similarity to the fleeting image of my first glimpse of the map.”

‘You recruited him then!”

“I wish, but no. I instead set out to do exactly that in the morning. But I was too late—he was dead.”

“Unbelievable,” answered Kai. If Lan wasn’t so somber he would assume this too was part of Lan’s propensity to exaggerate.

“The world is an ugly place, Geyser. In the span of single night, a local girl was discovered to have lost her chastity on inspection—a dire consequence given her family’s arrangements for her marriage.”

“Oh no,” said Kai stopping himself. He could sense what was to come.

“She accused the boy of rape—well knowing he would be incapable of defending himself. As he had no friends or surviving family to speak of, it was I who was tasked with removing his hanging body from a tree.”

“I’m mortified to confess just how little time I spent in grief before I financed his burial and considered my next move.”

Kai was all too eager to transition the subject away from tragedy. “The Cartomancer designed a map that could only be viewed by fools then? Ingenious. I supposed that accounts for why you caught a glimpse of it that first night.”

“I can’t pretend your jest hadn’t occurred to me,” said Lan with a laugh. “In the end, I concluded I either needed to exploit another village simpleton or impair myself until I equated one.”

“I was as drunk as a skunk but the page remained blank.” Then with a smile, Lan added: “But I assure you I repeated the test many a time, just to be sure.”

Kai snapped his fingers. “Sleep deprivation! It accounts for your first glimpse of the map.”

“Excellent Geyser. It wasn’t the moment before I went to sleep, it was the lack of it.”

“And the mystery was solved!”

In order to become sleep deprived, you have to actually stay awake. Not as easy as it sounds, you see. With trial and error I learned that taking the right concoction of stimulants could keep me awake for days on end, but those same stimulants would impair whatever frame of mind I needed to achieve in order to see the map. But without them, I simply fell asleep. There were more glimpses though, that split second before I dozed where I saw… something. Always just something.

“My next break came while shopping for an alternate cocktail of stimulants at the apothecary. My thinking was there must be something that could keep me awake yet still keep me sleepy. The apothecary concluded I was insane, but he liked my coin well enough to let me try all matter of things.”

“It warms me to know there was a time you experimented on yourself instead of your companions,” said Kai.

Lan simply grinned and then continued. “One day, I questioned if I had been going about it the wrong way. I asked the apothecary if instead of a pill to keep me awake, if he had anything that would render me the village idiot.

“Ha! I wish I could have been there when you asked him that”

“He tossed me from his store.”

“But I was persistent. He patiently explained to me he was a healer, and he did not traffic in poisons.”

“It scares me how much we think alike Kai.”

“I’m afraid in this instance that is not a compliment.”

“No indeed. I began to research poisons that could reduce a man’s mental acuity. I needed to find something that could render me stupid, so I could see the map and copy it, but a poison that might ultimately spare me, so I could return to my senses.”

“Vaporized id moss, as it turns out. Quite the experience.”

“I did. It took weeks to acquire it and then finally convince myself that I had titrated the right dose. Afterwards, I locked myself in my rented tower, sucked back the fumes, and chased them with more water than I have ever drank in my life in the hopes I could pee it out. I also ate charcoal—the texts say it absorbs many poisons, but I assure you, it made me feel worse than the poison in the first place.”

“Well I am here aren’t I? Though, I daresay I would not repeat the experience. I was able to make a primitive copy of the map to decipher when my faculties returned. That copy eventually lead me to Cartomancer’s Fortevrian Riddle which is a story for another time.”

“Unbelievable. Your obsessions literally lead you to poison yourself.”

“Insanity, Kai. That’s what the Cartomancer demands from his pursuers—utter insanity.”

The two rode in silence for quite a time. That is until finally Kai added:

“Whoever it is that’s following us doesn’t seem to be contributing very much towards the insanity toll.”

“I agree Kai. Let me think on that. Perhaps there’s a way we can change that.”

DESCRIPTION
This iridescent ink disappears from the page 1 minute after it is imprinted. Completely invisible thereafter, it is not detectable by detect invisibility, nor is it revealed by invisibility purge. It can be painted upon a page, wall, or other surface leaving no impression marks. The hidden writing can be viewed only by those with an Intelligence score of 5 or less. A single bottle is sufficient to scribe up to 10 pages or 5,000 words.