Skip to content
Home / Delve into the Depths in the Kobold Blog / The First Board Game I Fell In Love With: Matt Forbeck

To celebrate the release of the Kobold Guide to Board Game Design, we asked some of the world’s top board game designers to tell us about the first game they fell in love with, and whether it still holds up for them today. Today we hear from Matt Forbeck. 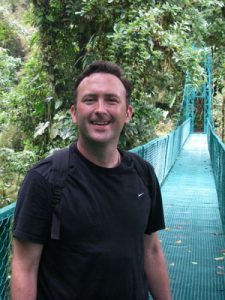 The first board game I really fell in love with was Dungeon, the classic game from TSR. I’d had my first encounters with Dungeons & Dragons already, but I didn’t have enough people my age to play with back in those days. I did, however, have a younger brother and two younger sisters. I tried to shanghai my brother into playing D&D with me, but it never stuck. Like most kids of that age, he just wanted to knock down doors, kill things, and take their stuff.

That’s where Dungeon came in. It gave me and my siblings the most intuitive and primal D&D experience without any of the baggage that came along with the actual roleplaying part of RPGs. We played that game until the cards gave out.

I played Dungeon recently with my kids, who are about as old as my siblings and I were back then. It’s not as wonderful as I remember it, but that’s only because there are so many better games out there now that scratch the same itch. D&D hasn’t gotten any less complicated—the opposite really—but there are some excellent board games that let you go clear the monsters out of a dungeon and march out with the loot. 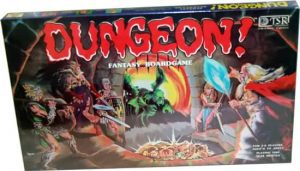 Descent matches D&D the best, pitting a single player who controls the dungeon (like a Dungeon Master) against the other players. It take the implicit conflict between the players and the DM and makes it explicit, which is refreshing and fun. It can take forever to play, though, especially the first times through—which I suppose is also like D&D.

Despite that, these days I prefer the D&D board game series, especially Castle Ravenloft, the first in the lot. It does away with the DM role entirely and lets all of the players team up together against a pre-programmed system. That’s no mean feat to pull off as a board game design, and it makes for a more collegial experience because the players fail or triumph together.

Get your copy of the Kobold Guide to Board Game Design at the Kobold Store!

4 thoughts on “The First Board Game I Fell In Love With: Matt Forbeck”