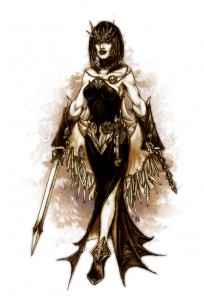 After much travail and careful reworking of the 3.5/OGL material, the Pathfinder Imperial Gazetteer is finally complete and ready to unleash on the world. Ladies and gentlemen, welcome to the deadly lands of the undead, the principalities and the realms subterranean.

The vampires and spectral knights long ago claimed the surface countries of Morgau & Doresh as their own, leaving the ghouls with their own empire deep beneath the earth.

Both worlds are fully detailed in this volume. The Imperial Gazetteer takes you deep within the palatial crypts where death fears to dread, providing Pathfinder Roleplaying Game…

(Open Design cannot be held responsible if your soul is eaten.)

11 thoughts on “The Ghoulish Empire and the Pathfinder RPG”