Skip to content
Home / Delve into the Depths in the Kobold Blog / The Far Side of the Table: “Click! Now What?”

Our heroes find themselves standing in the Tangle, a sprawling market square filled with local merchants and their patrons. Before them sits one of the city’s grand masters, Lady Rena Ambar, master of brewers. She waves them to join her at the small plaza table, topped with fine foods.

Welcome to the table. In my quest to learn better ways to GM, I discovered a tip mentioned by the writer, The Angry GM, called a “Click Trap.” This phrase stands for the sound a trap makes right before it explodes, slices, crushes, or curses players. The Angry GM discussed how GMs can use this design to give players actions before the trap goes off but with no idea of what the trap does. During this session, my players dealt with their first click trap and learned that their actions have dire consequences. Let’s talk about how click traps work and how they can be adapted.

What is a click trap? When or how can a GM use this tool to create tense moments? How can click traps be adapted for use as plot devices or roleplaying quests? Is there a limit to how often a GM should use click traps? 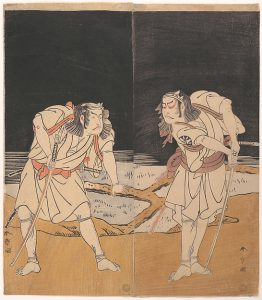 The negotiations were going poorly for Val, Tyrash, and Strass. They had only half of what Lady Ambar asked for. The adventurers knew that to get all they wanted, they would have to succeed in some careful diplomacy. Val and Tyrash settled in for a long conversation while Strass, the burly barbarian, wandered off to peruse the various shops.

Click traps are a moment at the table when a GM forces their players to act without time to think through a lot of options. The GM will say a phrase or word, “Click,” and wait for the character(s) affected to declare an action. These actions are taken without the characters knowing what the trap will do. Imagine for a moment that you are a brave adventurer that just pulled a lever you found on the wall. You hear a “Click” and, in that instant, decide to drop to the floor. If you are lucky, arrows or a scythe will pass overhead. If you are unlucky, a pit will open below you.

Strass roamed the market, the jingling coin in his purse foretelling a good day of food and drink. Rounding a stall displaying exotic silks, Strass noticed a city guard holding a crossbow, aiming down its sights toward Tyrash, Val, and Lady Ambar.

For the night’s session, I decided that I could use a click trap to put Strass in the spotlight. In saying “Click,” I described the moment right before the crossbow was loosed. Often in these moments, the player may turn to the rest of his friends, looking for advice or hoping to talk through an idea. In doing this, the pace of the scene and the underlying tension are lost as the table breaks the immersion and begins strategizing.

This is where click traps are effective tools. They deny the player the ability to turn to their allies, instead calling the player back to the scene and forcing them to act. Since this was our first click trap, I gave Strass several examples of what he can do. My examples included: diving in front of the crossbow, tackling the assassin, throwing a weapon, shouting an alarm, running away… the list goes on.

In seconds, hundreds of scenarios played out in Strass’s mind. In the past, Strass always dealt with assassins by introducing them to the sharp end of his axe. But this was his time to drink and eat. It was his vacation, and this assassin was ruining that.

When using click traps, allowing characters to declare, “I do nothing,” is important. In doing nothing, Strass is making an active character choice, allowing him to roleplay and experience the consequences. In this scene, Strass’s decision made it so that the party’s ally, Lady Ambar, was seriously injured, and the party was forced into an encounter. 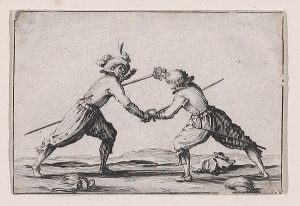 The arrow sprang from the crossbow, streaking through the air and piercing into Lady Ambar’s eye. The assassin lunged toward the surprised Tyrash and Val, shouting, “Down with the guild master!” Strass looked on with shock as more assassins began to appear from the crowd to attack his friends.

Click traps create an opportunity to enhance the narrative or give characters a chance to role-play. Instead of stating that a trap was activated and players must make a saving throw or fail, click traps call for players to think on their feet and get creative, adding their own flavor and thoughts.

When the fighting finished, the party hurried the guild master to a safe location. While there, the party talked with Strass about the fight. The table’s attention returned to Strass as he worked to explain his actions and the experience helped the group delve deeper into their character’s relationships.

Click traps are best used infrequently and as tools to emphasize a profound moment in the game. In their design, click traps work to enhance the story and give characters a chance to roleplay, but don’t overdo it. Using click traps every time will diminish their effect and your game will slow down significantly. Click traps also put pressure on the players. After implementing them into your game, I recommend asking your players if they thought it was fun.

Bells tolled throughout the city and city watch searched for our adventurers. Strass stood watch at the end of a sewer tunnel while Tyrash struggled to tend Lady Ambar’s wounds. Val tried to wash the guild master’s blood from his clothing. Justice would come.