Skip to content
Home / Delve into the Depths in the Kobold Blog / The Feast of Volundstag, Part Two 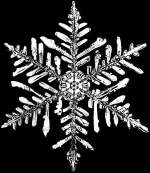 In the guildhalls and temple halls of Zobeck, great rows of trestle tables are set up, and the wealthy buy a Volundstag feast for the less fortunate. This is a time when the up-and-coming merchants may buy fame and respect with their largess. For the poorest of the poor, this is a chance to get the sustenance they need to make it to spring. For the poor, thousands of humble pies have been baked in the forges and bakeries of Zobeck. Made from the pickled organs of animals slaughtered in the fall, they are a rich and fatty and greasy repast much beloved by the least of Zobeck. How many notables have stepped over a scrum of kobold pups engaged in battle to the death over a narrow slice of humble pie? Too many to count. The small beer and cheap brandy flows at these feasts, as the lesser folk wassail their neighbors. (Further drinking will of course require further Fortitude saves.)

The great folk of Zobeck enjoy by-invitation-only feasts—the council feast of the government, the elite guild feasts of the gear grinders, and the temple feasts of Rava and Volund. Here, illusionists and bards entertain the guests with visions of places far removed in time and spaces, and jolly volundstag stories of saints and villains. Also here, the feast is of mince pie using the rarest of spices and roast goose that fly in on their own wings.

For dessert, a rich Volundstag pudding with dwarven brandy and various candied fruits is a local favorite. Fortunate children are given sweet rolls in the shape of swords and axes, and these bleed red jam when broken. The children fight in a general melee for some prize using their bready weapons.

Among the kobolds of Zobeck, a new fad of solstice generosity has spread, with various guilds, temples, and mining-gangs setting out feasts of stale bread and moldy fruit for the crowds of kobold pups that roam the ghetto. These winter feasts are opportunities for the organizations to recruit, and the food often becomes a life-saving meal for a young kobold. The various egg-clutches in the ghetto compete savagely for these prizes, fighting little wars of deadly traps and vicious scuffles as Volundstag approaches.

When the great Stross Clock sounds the hour before midnight, the great and faithful of Zobeck go to the Temples of Volund and Rava to worship. An enormous procession runs up the avenues of the city, with the relics of ancient saints leading the way on decorated palanquins. The service is long at both temples. Within the temple of Volund, readings from the acts of Volund’s saints are shared, and a volunteer troupe acts out a Volundstag religious pageant. It’s all very long and boring, and it’s not unusual for revelers to fall asleep.

The Crunch: Player characters should make a DC 11 Will save (remember the –1 penalty to the roll per drink!). If a PC falls asleep, other revelers may mark them with an anvil of forge-ash.

Warriors and craftworkers bring their tools to the service, and during a long, boring procession, they take them to the anvil to be blessed by the many-bearded elder. Children carry sacks, or if they do not have those, stockings, to be filled with the blessings of Volund. If they are lucky and have been good, a sack full of warming coal or a small weapon to defend the hearth may be granted to them by the clergy of the smith god.

Similar events occur at the great temple of Rava. New gearforged constructed during the year are blessed with great ceremony, and small clockwork puzzles and devices such as coffee grinders are distributed to the most promising youth of the town.

A kobold adolescent gang steals a supply of humble pies for a gear grinder feast and holds them for ransom!

The party is hired to destroy the float of a rival neighborhood, but the float is guarded by dwarf berserkers with forgehammers!

The Many-Bearded Elder has drunk too much, but luckily one of the smaller party members will look just like her when in full regalia!

A cask of poisoned ale has been sold to merry-makers in a Zobeck neighborhood. Can the adventurers warn them in time?

3 thoughts on “The Feast of Volundstag, Part Two”