Skip to content
Home / Delve into the Depths in the Kobold Blog / The Amber Bazaar: Double-Edged Magic III 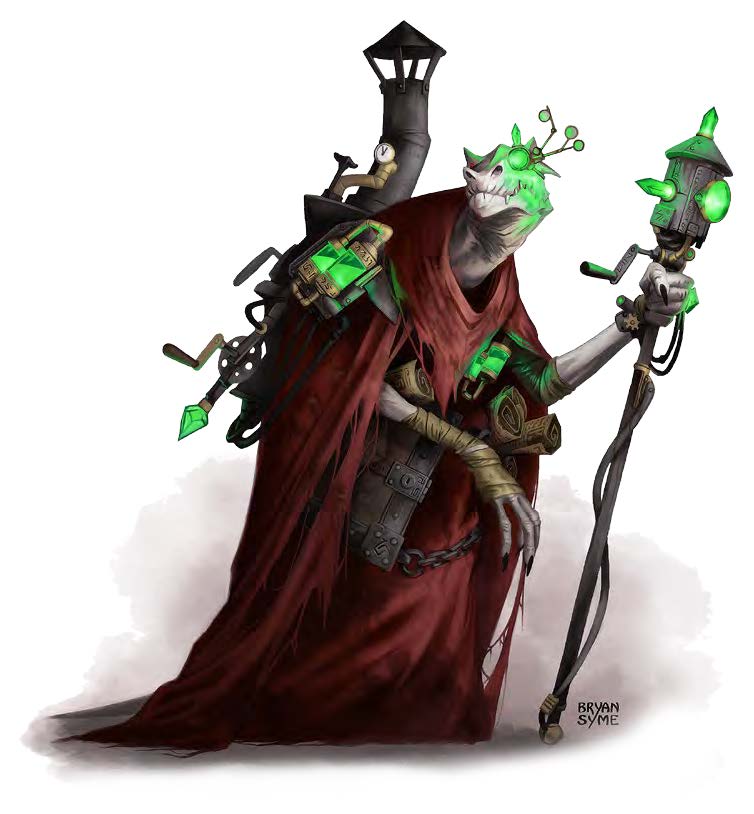 More bargains than you bargained for!

If you can’t trust your magic items, well, then you may have bought them at the Amber Bazaar. These items come with a price, raising the stakes at the table and putting some wonder back into wondrous items.

This glass beaker of watery green liquid features several prominent labels warning against usage, particularly consumption. If one fails to heed the warnings, Agartha’s astounding acid begins to devour everything near it. As an action, you can splash the contents of this vial onto a creature within 5 feet of you or throw the vial up to 20 feet, shattering it on impact. In either case, make a ranged attack against a creature or object, treating the acid as an improvised weapon. (The acid has no effect on glass.) On a hit, the target takes 6d6 acid damage. The next round, those still in contact with the acid take 5d6 acid damage, 4d6 on the round after that, and so on. If creatures exposed to the acid should come in contact with other creatures, those creatures suffer the effects as well for the duration. When exposed to water, the acid becomes inert and harmless.

This pair of heart-shaped gold lockets, wrought for a pair of ancient lovers, show the faces of the other wearer in their clasped interior when attuned. When both lockets are attuned, each wearer chooses one skill in which they’re proficient, and the other wearer gains proficiency with that skill. Furthermore, by spending a full round concentrating on the image inside the locket, a wearer may cast detect thoughts, specifically targeting their other. With a bond that strong, there are always consequences; if one attuned wearer drops to 0 hp or less, the other drops to 0 hp as well.

Forged from the wrought iron of bypassed gates and the bronze of undone doorknobs, this alloyed key is reminiscent of an outstretched hand. A universal skeleton key, the pilferer’s latchkey can open any lock. However, there is a 5% chance each use that it switches the location beyond the obstacle it bypasses with another passage of similar size somewhere in the world. This effect lasts for as long as the door, lid, hatch, or whatever passageway remains open and immediately reverts when closed. The phenomenon of the pilferer’s latchkey has led some elite rogues to permanently wedge open these passages in a complex and plane-spanning series of shortcuts, complete with dozens of semi-accurate maps.

Given to a cloud giant by a northern demi-god on the occasion of their divorce, this glass jar is sealed shut with whale-leather and rope made of valkyrie hair. Its contents are a swirl of dark clouds and arc lighting. If opened, the storm contained within the strumglas bolts for the sky as a Medium creature, moving with a speed of 120 feet and dealing 3d6 electricity damage to any creature it passes through. Once in the sky, the elements from inside the strumglas act as a call lighting spell, functioning of its own volition on initiative count 20. It typically targets the tallest creature within its radius and dissipates when no more targets remain or 10 rounds have elapsed (though it may last longer or even roam if particularly riled up).

Uniquely brewed for a king of thieves (turned monument to hubris), teinture de cockatrice is a lavender-smelling perfume in a lovely blue glass bottle with a golden rooster-tail atomizer. Its rare scent comes from a forgotten concoction of exotic herbs and the pancreas of a cockatrice. When applied, the wearer’s skin takes on a supernatural hardness, and their armor class while not wearing armor becomes 18 + their Dexterity modifier. Each hour, the wearer must succeed a DC 15 Constitution check or become petrified as the perfume goes a little too far. The benefits of the perfume last 24 hours, and petrification lasts until removed.

This antique, leather-bound tome is more annotation than text; entire generations of debate spill across its pages in a kaleidoscope of inks. The function of the Tome of Unwavering Purpose is simple: collect all information about one topic to the exclusion of all other information. The tome is specific to one Intelligence-based skill (such as Arcana) and gives an attuned user double their proficiency bonus as well as advantage on all checks of that skill. However, the user loses proficiency in all other Intelligence-based skills and are disadvantaged when using them as long as remain attuned.