Skip to content
Home / Delve into the Depths in the Kobold Blog / Memoirs of a Lich: Monologues 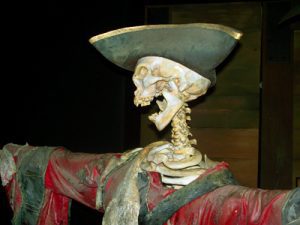 This is Osvaud. Do you recall every single time some buffoon with a holy aura gave us a lecture on the error of our ways? How about all the rivals cursing our name with their dying breath? Yeah, I don’t either. It all basically blends together into an annoying mishmash after the first few dozen.

Now, here’s the important part. That’s how we sound to everybody if we don’t properly prepare.

Which brings us to today’s topic: monologues. You’ll never have five minutes in the spotlight before a captive audience unless you literally tie them up. In general, you’ve got to keep your villainous dialogue tight.

We’ve got a little test for spotting a lich who’s about to decay away into a narcoleptic magicless skull. All you need to do is listen in a couple of times when they’re murdering people. The ones still going strong into eternity put some effort into it. By contrast, the liches on the precipice repeat themselves a bunch, spout tired old clichés, or… don’t say anything at all. Those last ones are making it another century, tops. It is all about maintaining a sense of pride in the face of tedium. A good carpenter puts as much effort into the first chair as the thousandth.

I know it isn’t easy to come up with unique personalized dialogue for everybody you kill. Don’t try to keep track of every moron showing up at your doorstep looking for an empowered disintegrate. Instead, work on having an assortment of potential lines that apply in basically any situation. Customize as needed, write down notes, and be sure to cross them out after use. As examples:

“I was ancient when your idiot fop of a god was a drooling child.”
“Do you think your pain ends with death?! The sweet tortures I’ll exact on your souls shall haunt the dreams of devils.”
“No… I AM your father.”

Don’t be afraid to throw in an impromptu, “Fools!” or maniacal laughter if you draw a blank. Remember, nothing you say has to be true, as long as it is suitably dramatic in the moment.

Also, when you are in the middle of the action, try to pay attention to what the pre-corpse is yapping about. Even if they reference stupid crap you don’t remember… fake it. It can actually be a fun little game to play. Especially if the killing itself is particularly dull. If you are really fortunate, the victim picks up on the duel of words, and you get into a stirring back and forth.

Of course, you are going to accidentally waste great lines on blockheads. In that circumstance, it is completely acceptable to reuse it. However, make certain all the original witnesses are properly dead first. On the flip side of the coin, if you kill a protagonist capable of spouting solid gold off the cuff, animate the crap out of that lucky stiff.

The only thing better than a loyal or competent minion is one capable of adlibbing.

4 thoughts on “Memoirs of a Lich: Monologues”