Skip to content
Home / Delve into the Depths in the Kobold Blog / The Aeromancers of Aerdvall, Masters of Air Magics 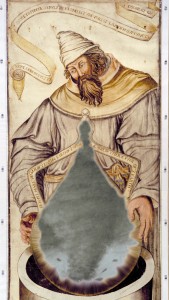 Join us for another look at the colorful and evocative gaming options provided by the Southlands project, which is currently being Kickstarted.

On the opposite side of the crescent desert from Nuria-Natal lies the wondrous sky-city of Aerdvall. Roughly 2,100 years ago, refugees from far Sikkim raised their city to hover high above the foreboding Black Lotus Mesa. Today, seven bridge-connected districts orbit the Celestial Waterfall, which is a cascade flowing from the Well of Urd through a tear between the realms. Among these stately gleaming white domes and towers are the aeromancers. Masters of air magics, the aeromancers not only keep the city floating in the sky, but they also protect its borders from any and all interlopers who would dare to challenge the rule of Palash Yazad, the Athravan of Aerdvall.

The arts of aeromancy are taught in dakhmas or schools in Aerdvall. Each dakhma focuses on a different aspect of aeromancy. Scour teaches its students to use air magic to physically change the world. This includes lifting, pushing, and even blasting with controlled winds, clouds, air, and lightning. Windcrafters create air-formed constructs and objects. Zephyr students learn to use air magic for transportation and speed. Skybinders focus on summoning and controlling air elementals. Finally, the Void school teaches how to dispel and block air magics. There are rumors that master void aeromancers can even pull the air out of their enemy’s lungs. Only by passing the rigorous tests of each school can a student earn the title of aeromancer.

Okay, so that all sounded cool, but I can hear you now: What is an aeromancer?

Aeromancy is a specialized variant of arcane casting where practitioners sacrifice prepared spells or spell slots to power magic devices filled with the imbued waters of the Well of Urd to produce air-themed magic effects. The narrow focus of an aeromancer’s spell selection is offset by the ability to augment their casting on the fly, which increases elements of their spells as needed by sacrificing additional spells or spell slots.

Here’s how it works. One of the aeromancer’s hallmark abilities is to draw magical liquid of the Well of Urd directly from the nearest ley lines. In a specialized ritual, the aeromancer distills this water and stores it in a personalized alembic. These can be wands or staves or other items. Then he or she can channel a prepared spell into the alembic to cast any spell of the same level or lower from a specialized aeromancer bonus spell list. What’s on that list? Well, that would be telling. Let’s just say that most of the air-themed spells are on it.

The ability to swap out normal spells for bonus ones gives an aeromancer great flexibility in and out of combat.

But that’s not all!

An aeromancer has other amazing powers at his or her disposal. How about feather fall at will? How about blasting foes with whirlwinds? How about riding lightning?

Want to hear more about the aeromancer? Well, my friends, just become a backer for the Southlands and you will know all!

1 thought on “The Aeromancers of Aerdvall, Masters of Air Magics”