Skip to content
Home / Delve into the Depths in the Kobold Blog / Real Steel: The Estoc

Throughout history, as armor evolved so did the weapons intended to defeat it. Plate armor was an incredible force on the battlefield, although it was expensive and relatively rare. It was to the medieval battlefield what the tank was to the WWI front lines: when first introduced it was nearly impossible to stop.

Contrary to popular belief, a knight with custom plate armor could move around fairly freely. The armorer tailored the armor to the knight, and a well-made suit of steel plate wasn’t nearly as heavy as most people think, only about 40–50 lb.

So how does one defeat plate armor? Blunt force is the simplest answer, so a big hammer or flanged mace will do the job. The problem is it will take a few accurate, hard hits—or many more random hits—to affect the man in the plate, who is actively and effectively trying to kill the hammer wielder. If that hammer wielder is wearing leather at best, underfed and relatively weak, his odds of success are very slim indeed.

Pause for an Educational Tangent

In the battle of Agincourt, the English longbowmen (peasants) entered melee with the French men-at-arms and knights (nobles) who had become mired in mud. The bowmen massacred the swamped knights using their lead hammers, which were both a backup weapon and a tool for driving stakes… 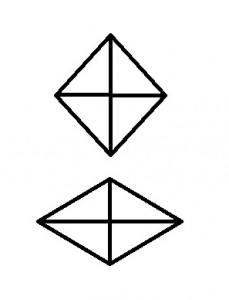 Back to Our Story

A better answer is to penetrate the armor. One well-placed blow could disable or kill the knight in the plate. Several weapons are fully capable of piercing plate, including spiked warhammers, various polearms, and of course, the more noble response, the estoc.

What’s a Knight without a Sword?

The estoc, like any other sword, was most likely carried by a noble; a commoner simply could not afford one. A considerable amount of period art shows fully armored knights fighting with two-handed swords and apparently thrusting but not hacking at each other. I’ll bet you coins of the realm against hard tack that those swords are estocs—also called a “tuck” by the English.

A hard struck and well-placed thrust could perhaps penetrate the plate itself, but that was not the goal. The intended targets were the gaps in the plate at the seams and joints, where the estoc could easily penetrate the mail and get to the soft parts inside.

How Would I Make One?

I’ve never made an estoc, but it’s a fairly simple blade because it has no edges. It has a diamond-shaped geometry that tapers from the cross guard to the point. Forging the blade is a simple matter of squaring up some round stock and drawing it out to a point. The two-handed version would usually have had a second smaller cross guard above the ricasso, with the ricasso serving as a second handle. The use of the ricasso as a second handle is sometimes also seen on the more familiar claymore.

In my opinion, the second cross guard is best made as an integral part of the blade. In other words, I would make longitudinal hot cuts with a hardy tool and hammer. I would forge the resulting prongs away from the blade and finally forge them to shape. I’d leave a little extra “meat” on the blade in that portion before forging the guard to avoid it being thinner (and consequently weaker) in that section.

The Question of Heat Treating

I had to think about this for a while. Exactly how hard should this blade be? How tough? How flexible? This is when heat treating can get tricky—a bladesmith has to think very carefully about exactly what the blade will be used for and what stresses it will be subjected to, and everything is a trade off. If it’s harder it’s more prone to break, but if it’s too springy it may bend rather than penetrate.

I decided I would either draw the entire blade back to a spring temper, or attempt to perform a differential hardening like what is done on a katana, but instead of a soft spine and a hard edge, I would attempt to keep the blade hard at the tip and gradually become more flexible moving towards the cross guard. While I’m sure this must have been done before, I’ve never seen or heard of it, so there would be some trial and error.

If I have to pick one heat treating method without experimenting and doing some destruction testing on a few blades, I’m going with a uniform spring temper on the whole blade. I think that will work because the thick diamond cross section of the blade will allow it to stay pretty rigid even with a spring temper. Better safe than sorry, and I’d rather have it be a little too bendy than break.

Even though this is a thrusting sword, it will undoubtedly be subjected to forces perpendicular to the blade when blocking, and it will probably be used to bash unarmored opponents. I’d hate to have a knight I outfitted left with a broken nub in his hand. That’d be bad for business…

Editor’s Note: Though the estoc has not been featured in D&D rules to our knowledge, it was fully statted and described for the Pathfinder RPG in Kobold Quarterly issue #15.

8 thoughts on “Real Steel: The Estoc”