Skip to content
Home / Delve into the Depths in the Kobold Blog / Lost City Playtest Preview: Malsalix, the Tainted Plant 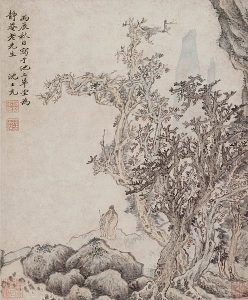 The patrons and designers have completed the first drafts of the The Lost City of Kadralhu patronage project, and now is a great time to jump on if you’re curious but haven’t yet signed up. This week, we present pages from Logan Bonner, Michael Furlanetto, Tracy Hurley, and Quinn Murphy.

Now, we present a few details of the tainted plant malsalix.

Originally found in the dark recesses of the fey realms, the malsalix is well known in certain circles for its penchant for stealing abilities. Since its introduction to the waterworks, the plant has grown quite comfortable in the dark environs…

Spores:The plant begins its life as small spores. The spores interfere with the ability to remember things, especially positive emotions such as friendship and love.

Slime: When the spores settle in a nice moist place, they grow into sheets of interwoven strands. These slimes can steal abilities, such as powers.

Seedlings: The strands grow thicker and take on a wood-like appearance. They stretch upward, and the plant appears much more humanoid and can even walk upright.

Mature Plant: The original vines harden, and the number of tendrils increases.

Elder Plant: If the plant lives long enough, it can join with others of its kind to create an elder. Their vines intertwine, and they use each other as support to grow much larger.

Kadralhu’s water is full of spores and other bits of the tainted plants. Unless the water is cleaned, the plants always re-establish themselves, and the madness will, eventually, strike again. As the PCs travel through the city and deal with the malsalix infestation, their actions determine if they eradicate the plant or just buy themselves some time.

The waterworks has a series of filters. Excess plant material clogged these filters, and the crash broke a few. Fixed filters help the PCs clear the water.

Secondary skills: History, Thievery
History (DC 20)—You recall a contraption or story from elsewhere that may help. Gives a +2 bonus to a primary skill.

Special—Each successful encounter against one or more mature plants counts as 1 success.

Special—The encounter against the elder plant counts as 4 successes. PCs can use the successes from that battle to buy back failures. If they do not defeat the elder plant but are successful in the overall challenge, count it as a failure but with 8 successes, and tell them which faction is planning this.

Special—Deciding to help or ignore certain NPCs of the lost city counts as successes or failures. In particular, see the Waterworks Master and the Kidnapped Artificer sections.

Success: The plant is eradicated from Kadralhu.

Failure: Effect determined by number of successes:
8 or More Successes—A faction recognizes what the PCs are doing and attempts to save part of the plant for re-infection in 1d4+12 months.
6–8 Successes—A plant is successful at leaving its spores behind. Re-infection will occur in 1d4+6 months.
Less than 6 Successes—Some of the plants find a crevice to hide in and will re-infect the city in 1d4 months.

Trying again: If they try again after re-infection, they keep half of their previous successes as a starting point.

Skilled artificers and arcane casters use the malsalix plant to craft certain magical items. Two of the best known are paralyzing nets and memory pots.

Woven from malsalix vines, these nets both immobilize their victims and remove the ability to think clearly.

Property: On a hit, the target is immobilized (save ends).

Power (Encounter): While entangled in the net, the creature cannot use any powers other than basic attacks.

Property: The user of a memory pot must first create a psychic connection with the pot, requiring 5 minutes, and can be connected to only one pot at a time.

Power (Consumable): Standard Action. Make an attack: Ranged 5/10; Targets one creature; +17 vs. Will; on a hit, steal one power from the creature. Determine the highest level of power that may be stolen using the attack die roll and these guidelines:
Natural 2–14—At-will power.
Natural 15–19—Encounter power.
Natural 20—Daily power.