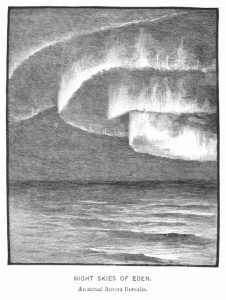 The Walkers of the Ways

A relatively small order, the Walkers of the Ways are a lawful group dedicated to exploring the dimensions. Its members have a particular interest in discovering new places and gathering information about them, and they can often exchange information on new areas at a guild house. They mostly keep to themselves and try to avoid drawing attention to their chapter houses, which are almost always located at major trading hubs and similar regions that function as local crossroads. Some of the more cautious members have taken to hiring adventurers to explore an area, while the more forthright tend to stride boldly ahead and travel alone (or in a group) to see for themselves what wonders they’ll uncover.

The Talshath Association of Traders

The Talshath Association of Traders is something of a rarity in that they actively seek to connect dimensions at multiple points and create more links between worlds and species. The reason for this is, of course, to trade with these new places and make money by bartering for rare and exotic goods. Since their love is more for money than morality (within reason), they accept members of any neutral alignment as long as those members act in good faith to support their goals. The Association particularly values the establishment of new trade routes, and members who create such links often are richly rewarded.

Something of an unusual group, the Wallmakers are often considered to be paranoid by their brethren, and many mages (especially Summoners) don’t like them very much, because they’re deeply concerned about the many links to other realms that exist, and more importantly, what foul creatures can enter their world through those links. The goal of the Wallmakers is the complete eradication of as many links between the worlds as possible, and to that end they often study the magic so they can learn how to defeat it. Despite the general negative feelings most hold toward the group, the Wallmakers will be one of the first to ally against something like an invasion from an evil plane, bringing their expertise in dispelling magic and banishing to bear against such incursions. Members are accepted from any alignment as long as they hold true to the ideals of the group.

You are practically a walking library of planar knowledge.

Benefit: Gain a +2 bonus to all checks for Knowledge related to things outside of your home plane.

You are particularly talented at negotiating when using goods and materials foreign to a region.

Prerequisite: Member of a trade guild or similar group

You often possess more knowledge about outsiders than others expect.

Benefit: Once per day for every 2 ranks in Knowledge (planes) you possess, you may reroll a failed Knowledge (Planes) check.