Skip to content
Home / Delve into the Depths in the Kobold Blog / Pulp Archetypes: Dread Laureate 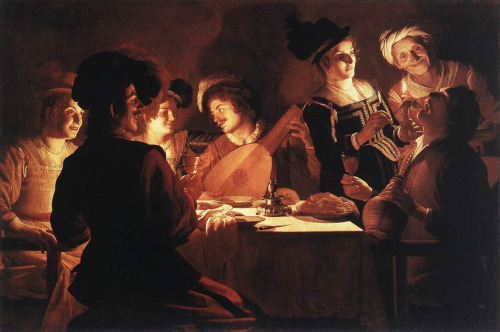 “Now I know the fiendish fable

That the golden glitter bore;

Now I shun the spangled sable

That I watch’d and lov’d before;

But the horror, set and stable,

Haunts my soul for evermore.”

—from “Astrophobos” by H.P. Lovecraft

When fearless leader Wolfgang Baur commissioned me for an article on “character tropes and exemplars” I immediately set about writing myself in circles around Joseph Campbell’s The Hero with a Thousand Faces—how the concept of the monomyth relates to modern RPG classes and what that means when viewed through a lens of pulp fantasy. And though I was playing with some timelessly interesting ideas, I wasn’t finding the practicality I wanted or needed for the tabletop. My search for “character” had spiraled out into the stuff of cosmic philosophy. Interestingly enough, the necessary evil of this intellectual lassitude was the mother of invention, and—once the stars were right—it dawned on me to pay homage to the creators of pulp fantasy themselves by developing an archetype based on those legendary tellers of epic, eldritch tales.

Mention the word “bard” to anyone who doesn’t play Pathfinder or D&D and they’re likely to picture old Bill Shakespeare in his high-collar doublet spouting dubious lines from Hamlet. The moniker—though reductive—comes with good reason; his work appealed to the monarchy while catering to the masses. And because of “The Bard’s” broad appeal, playwrights, poets, and fantasists throughout the latter few centuries (including our favorite pulp fiction authors) have perpetuated a legacy of extraordinary tales told through epic poems. In Fungi From Yuggoth, Lovecraft took a cue from morose literary masters like Dunsany and Poe to weave one of his most epic yarns via grim verse. And fan-favorite Robert E. Howard prefaced many of his Hyborian tales with stanzas from the pseudo-historical epics of imagined lands.

Evoking a similar sense of eldritch curiosity and the search for the perfect esoteric yarn, I present the Dread Laureate. This bard archetype for the Pathfinder Roleplaying Game is my attempt to capture the essence of a literary bard in the weird tradition of Lovecraft’s mad poet Abdul Alhazred (if not Lovecraft himself. But let’s face it—we’d all rather hang out with Howard or party with Poe). This is a somewhat reflexive take on RPG character creation that will hopefully fit right at home in any occult-themed or pulp-laden Pathfinder campaign. So light a few candles, crank up the early Alan Parsons, and prepare to espouse your own epic tales of strange aeons…

Some bards invoke the furtive power of the written and spoken word to pierce the tenebrous veil between reality and The Beyond. Dread laureates weave eldritch tales to frighten their foes and rally the weak-willed. Emissaries of ancient madness, dread laureates forfeit many of the bard’s more supportive performances for fearsome oratory talents and otherworldly inspiration.

Master Scribe (Ex): Dread laureates of 1st level or higher add their class levels as a bonus on all Linguistics and Profession (scribe) checks, as well as Use Magic Device checks involving scrolls or other written magical items. A dread laureate can make Linguistics checks to decipher text as a full-round action and can always take 10 on Linguistics and Profession (scribe) checks, even if distracted or endangered. This ability replaces countersong.

Mad Poet (Ex): At 2nd level, dread laureates learn to channel their inspiration from the eldritch wisdom of the ancients. The dread laureate gains the bonus feats Iron Will and Persuasive. This ability replaces well-versed.

Each creature within range receives a Will save (DC 10 + 1/2 the bard’s level + the bard’s Cha modifier) to negate the effect. If a creature’s saving throw succeeds, the dread laureate cannot attempt to daze that creature again for 24 hours. If its saving throw fails, the creature sits quietly and observes the performance for as long as the dread laureate continues to maintain it. While dazed, a target is unable to act normally. A dazed creature can take no actions, but has no penalty to AC. Any potential threat to the target allows the target to make a new saving throw against the effect. Any obvious threat, such as someone drawing a weapon, casting a spell, or aiming a weapon at the target, automatically breaks the effect.

Astonishing tale is an enchantment (compulsion), mind-affecting ability and relies on audible and visual components in order to function. This ability replaces fascinate.

Haunting Verse (Sp): Dread laureates of 6th level or higher can perform to target a creature they have already dazed and freeze them with fear, causing them to cower. The cowering creature takes a –2 penalty to Armor Class and loses its Dexterity bonus (if any). Using this ability does not disrupt the daze effect, but it does require a standard action to activate (in addition to the free action to continue the daze effect). A dread laureate can use this ability more than once against an individual creature during an individual performance.

Haunting verse does not count against a dread laureate’s daily use of bardic performance. A Will saving throw (DC 10 + 1/2 the bard’s level + the bard’s Cha modifier) negates the effect. This ability affects only a single creature. Haunting verse is an enchantment (compulsion), mind affecting, language-dependent ability and relies on audible components. This ability replaces suggestion.

Dire Rhyme (Su): This ability functions like haunting verse, but allows dread laureates of 16th level or higher to render a target helpless that they have already dazed. Dire rhyme is an enchantment (compulsion), mind-affecting, language-dependent ability that relies on audible components. This ability replaces mass suggestion.

The Tragedy of Macbeth, William Shakespeare