Skip to content
Home / Delve into the Depths in the Kobold Blog / Prepared!: Snuff-Box-Sized Adventure 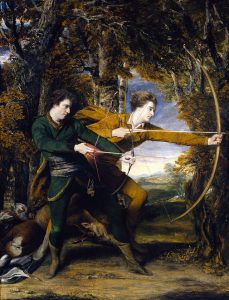 The party’s sorcerer just rolled maximum damage on that magma cloud spell, and the barbarian followed up with a barrage of critical hits—your big bad fight just turned into a speed bump. There’s still an hour to go before your session is done and you are staring blankly at your notes. Prepared! has your back with this snuff-box-sized adventure: The Silver Pine.

A young couple stumbles across a shrine to a forgotten god while on a hunting trip. Cursed and robbed of their love by the shrine’s centerpiece, the women return to their lives as empty husks. A desperate father pleads with the party to help.

“You hear a slight cough and realize an elderly man has snuck up on you. His face is grave and sad. He appears overwhelmed at the noise of the tavern and is clearly out of his element. “Strong strangers,” he begins, “It’s my daughter…the light has gone out.”

Mizran is addled. Though he is enthusiastic to share information, he provides it in a scattered manner. He desperately wants the party to help his daughter recover from some trauma received on a hunting trip with her wife. Provide the following information based on the party’s handling of Mizran:

Easy: Mizran’s daughter Sivus recently returned from a hunting trip with her wife Agar. Sivus now sits alone singing old songs and speaks without feeling. Agar has not been to town in weeks.

Hard: There is an old shrine in the pine forest that the women hunted in.

“The old man beckons you to sit in the humble living room and disappears into the back of the house. He returns shortly leading a young woman by the arm. The woman’s face is blank and she seems to look right through you.”

The party must communicate with Sivus. She is monotone and emotionless. She occasionally starts singing old songs at inappropriate times. Be it magic, good skill rolls, or excellent roleplay, provide the party with this information as you see fit:

Easy: They had a fight. She doesn’t remember getting home. Agar’s hunting shack is half a day’s walk north from town.

Moderate: They found a small tree with strange-colored branches.

Hard: She is singing an old devotional song to a long-forgotten god.

“Agar’s shack is empty. The door has been left open. Inside you find the floor and walls to be covered in strange symbols carved into the wood.”

Agar is about to return, but not before the party can obtain the following information by investigating the shack.

Easy: The symbols are part unknown alphabet and part hieroglyphs. They depict the sacrifice of love to receive the god’s blessing.

Moderate: A carefully carved depiction of a pine tree has been carved in the underside of a table.

Hard: A sharpening stone looks recently used and the shack is void of woodcutting tools.

“As you conclude your investigation in the shack, a figure appears in the doorway. A young woman brandishing an axe stops suddenly upon seeing you, and then turns to flee.”

Agar leads the party to a clearing with a single small pine tree at its center. The tree is bright silver and has had several branches hacked off. Agar resumes attacking the tree. She screams “give it back” as she attempts to fell it. Regardless of what the party does, eventually an elemental rises up from the ground under the tree. The avatar of the forgotten god is weak, but angry.

Determine the difficulty of the creature and establish attacks with these parameters in mind:

With the avatar dead, Agar weeps and thanks the party. Returning to town, the two women are rejoined and their love returned. Provide the party with a small token: a silvered pine branch that now exudes some of the love sacrificed to it and confers a small advantage to charming or bluffing skill rolls.