Skip to content
Home / Delve into the Depths in the Kobold Blog / On the Road with Phileus J. Abbertale: Beneath the Canopy 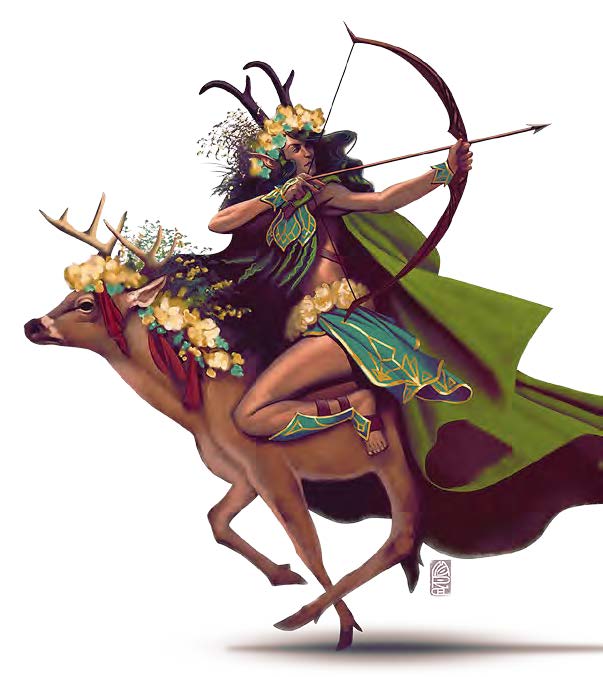 No predicament frightens me more than the terrifying realization of being lost. My first brush with the unsettling sensation took place during my teenage years. My parents introduced me to the unspoiled wilderness at an early age. Under their tutelage and vigilant gaze, I explored dark forests and other feral areas where many adults feared to tread. At the age of fourteen, I decided to apply these lessons during my first solo foray into the Wormwood.

However, before I proceed to my tale, I feel compelled to share a few insights about these woody havens. In my humble estimation, forests adhere to a strict hierarchy akin to the rigidity found in humanoid society. Trees occupy the highest strata in a literal and figurative sense. These behemoths tower above the forest floor where their canopies function as a natural ceiling, restricting light from reaching the ground. Bushes, shrubs, and young trees make up the forest’s understory, the middle tier between the canopy and the floor. This vegetation happily soaks up any sunlight piercing the leaves atop the tallest trees. While the canopy and understory teem with life, the earth supporting these living structures wallows in death and decay. Decomposing leaves, animal waste, and rotting trees long for sunlight in the inescapable shadow of the forest’s arboreal overlords. The organic materials littering the forest floor form the foundation for its soil while simultaneously stifling grasses and other short vegetation.

With the preceding digression aside, allow me to continue with my tale. On this desperate occasion, my knowledge of the forest and a stroke of good luck saved me from certain ruination. Confidence can be a friend and a foe. It encourages one to overcome fear, but it also lulls one into a false sense of security as in this case. At first, I initially stuck to the familiar trail until I decided to part ways with the ordinary and blaze my own route deeper into the Wormwood. Being a naive teenager, I allowed arrogance to seduce me, leading me down wayward paths beyond sound reason and judgment. When my self-indulgent trance subsided, I awoke in uncharted territory. Panic crept into my frightened mind. For the first time in my life, I had no landmarks or bearings to guide the way.

And then she appeared. Mounted atop a majestic deer, the lithe, alluring creature with lush verdant hair and tempestuous gray eyes stood before me. The beams of light penetrating through the canopy reflected off her skin as if they struck varnished wood.

Before my wits returned, she chastised me with a captivating glare, and in a loud, booming voice, she questioned my right to trespass in her beloved forest. Dumbstruck, I stammered for several seconds before my mind wandered back to the task at hand.

“The ring,” I silently thought to myself. My impulsiveness spurred me to entrust my fate to the answer ring on my left hand. (See my notes at the end of this journal page for details regarding the answer ring.) Much to my astonishment and delight, I spontaneously wove a grandiose yarn about my quest into the forest that rendered my inquisitor utterly speechless. Without further ado, the normally bombastic vila lifted me onto the back of her trusty steed and escorted me to the forest’s edge. Before we parted ways, the entrancing fey imparted a final warning. As we approached the conclusion of our journey together, my guide abruptly stopped in visual range of an oddly shaped tree with a bulbous trunk, curved limbs sprouting from its central mass, and pod-like green leaves encapsulating clusters of gray acorns. We swiftly halted our progress and nervously watched while a raccoon tentatively crept toward the outwardly defenseless tree. In an instant, the tree’s leaves opened, unloading a crushing barrage of acorns. The deceptively heavy seeds pummeled the bewildered creature to death. I took note of the unexpected development and vowed never to stray too close to the tree she referred to as the stone sower. (See my notes at the end of this journal page for details regarding the Stone Sower.)

You may use your reaction to gain advantage on a Charisma or Intelligence check made in response to a specific question posed to the wearer by another creature. The ring does not give the wearer knowledge he does not already possess. Instead, the ring gives the wearer the ability to provide the best reply, though not necessarily the correct answer to the question. The wearer decides which check to attempt. An Intelligence check may be general in nature, or they may attempt an Intelligence skill check pertinent to the question’s subject matter. For instance, the wearer could attempt an Intelligence check or an Intelligence (Nature) skill check to answer a question about a certain tree. In a similar vein, the wearer may attempt a Charisma check or a Charisma (Deception) check to concoct an inaccurate yet persuasive and believable response to the question. Therefore, if another character asked the wearer, “What is behind this door?” the ring would not give any insight as to what is really behind the door, but it would enhance the wearer’s ability to convince listeners they actually know what is behind the door. Once used, this property can’t be used again until the next dawn.

This tree relies upon its mindless network of pressure-sensitive roots to detect creatures larger than a small dog trespassing on the forest floor beneath its expansive canopy. Although it has a bulbous trunk, the woody giant reaches a maximum height of 60 + 4d10 feet. Its curved limbs begin immediately above the swelling at its base, roughly 20 feet above the ground. The tree automatically senses creatures walking within half the distance of its height measured from the center of its trunk. When an intruder first enters this area, the tree’s leaves open dumping its acorns onto the trespasser, requiring the creature to make a DC 15 Dexterity saving throw. On a failed save, the creature takes 4d6 bludgeoning damage, is knocked prone, and is buried underneath 1d4 feet of surprisingly tiny yet heavy, stone-like acorns, requiring a successful DC 15 Strength (Athletics) check as an action to escape. Creatures large enough to only be partially buried beneath the acorns have advantage on the preceding Strength (Athletics) check. On a successful save, the creature avoids the acorns altogether, taking no damage and remains on its feet. The stone sower tree can’t release its acorns again for seven days. Scavengers sifting through the mounds of acorn for deceased victims inadvertently spread the seeds to other parts of the forest when they swallow the acorns whole and later excrete them or the acorns get stuck between their toes, claws, or paws.