Skip to content
Home / Delve into the Depths in the Kobold Blog / Prepared!: On the Water 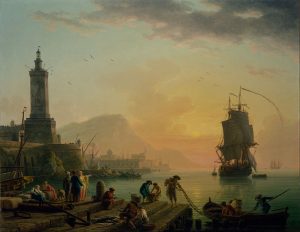 Inevitably adventurers will be on a boat. Your party cannot be bound to land forever, and whether traveling by sturdy merchant ship or hastily constructed raft, you’ll need to fill some gaps. Prepared! has two water-logged scenarios ready to emerge from the rising waves and strong currents of your watery settings.

The Big One That Came Back

Setting the Scene: Gibbs Makla is the most successful fisherman in the region. His vessel, the Long Tooth, is famous not for the quantity of fish it hauls in, but for the size of its catch. Gibbs has a knack for landing the big ones, and he can do this due to a secret he uncovered a decade ago: hestumbled across some magical oil and discovered that a few drops applied to the gills of a still breathing animal would triple its size! Unfortunately, as often happens when magic is tampered with, Gibbs’s enchanted fish venture is in danger. The old mariner accidentally sprinkled a few drops onto a common crab, and the party encounters Gibbs aboard his ship wrestling the now calamitously large crab. The fisherman is surly and abrupt but calls out for the adventurers to “help send this clattering mess overboard.” With some successful social skill checks, he might reveal the truth about the giant crab and offer the party what remains of the oil. Using the oil could produce some unpredictable results. Regardless, helping Gibbs fight off the chitinous adversary gains them a free basket of fish (normal size) and a potential ally in the region.

Plot Hook: When its prey receives reinforcements, the crab flees over the side of the boat where it begins to spawn.

Fire on the Waves

Setting the Scene: The adventurers are settling in for a night on the water when they see a faint glow on the horizon. After watching the light from the ship, the adventurers can conclude that it is moving toward them. Within a few minutes, a large patch of cold green flame is licking at the prow of their ship. Rather than setting their vessel aflame, the fire parts neatly around them. A heavy sulfur stink fills the air. Attempts to douse the flame result in the fire dodging nimbly away from the water. Touching the flame causes an itching rash to appear on the skin. The fire is in fact a form of magical algae that mimics flame once it is large enough. The party might deduce its true nature with a few successful lore or nature-based skill checks (or the equivalent in a non-skill-based game). Capturing a bit of the algae is a difficult task, requiring dexterity to manage. Once severed from the central mass, the sample of the algae extinguishes to a dull green glow. Provided it is kept in salt water, the algae continues to emit low light (10 to 15-ft. radius) for several weeks.

Plot Hook: The rash caused by the algae begins to spread. A quest to find a remedy must be undertaken, but the locals warn that the cure might be worse than the disease…

1 thought on “Prepared!: On the Water”