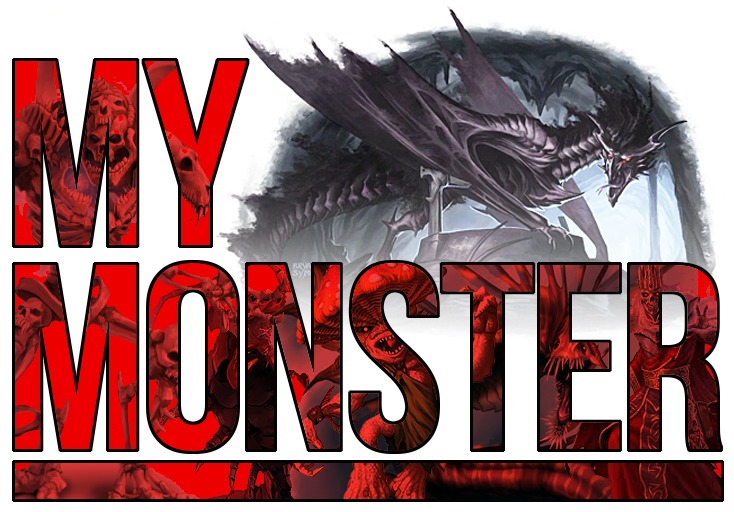 This is the winning monster flavor in the My Monster contest:

A shadow drifts gently over the castle walls, quietly sliding over its faded banners as though cast by an unseen cloud in the midday sun. A faint shimmer traces through the shade, probing its corners before settling beneath the skull of a great beast. The shadows draw inward, learning from the old bone to forge a body of glimmering void.

This monster—as well as the other three finalists!—will be turned into monsters by one of our designers and illustrated for an upcoming issue of Warlock next year (likely #20). We’ll keep the finalists updated as progress is made, and any other prizes will be sent as they become available.

(Note: In the course of voting, some concerns were raised about the possible use of websites that promise votes in these types of surveys. We had defined no limitations against such in the rules, and we couldn’t prove anything anyway as such tools are deleted upon a competition’s end. We have no evidence of any wrongdoing, so the results stand. However, we will take this into consider for any future contests.)

1 thought on “My Monster Winner”