Skip to content
Home / Delve into the Depths in the Kobold Blog / Midgard Expanded: The Travels of Lucano Volpe, or Parthia’s on Fire 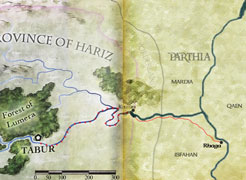 Part 5, On Parthia and the Fire-Worshippers of Atashkala

Upon leaving Tabur by barge, it’s a twelve-day journey upon the Lumeta River. We fended off centaur raiders twice before reaching the eastern edge of the empire at the fortress town of Kazan. An impressive fortification, the town rests on both sides of the water and features a wall stretching beyond the bounds of the settlement to the horizon both north and south. The Gorgan Barrier, as the ferrymen boasted, was constructed by the Morza of Hariz herself and has the power to turn foes to stone. This claim I did not try to verify!

At Kazan the ferrymen would go no further, so we were forced to disembark. Here, my servant Agosto acquitted himself well, gathering up supplies and mounts. A hardy and violence-prone lot, the inhabitants of Kazan spend their days either defending the town from raiders off of the Rothenian Plains or conducting their own assaults against the settlements to the east. The river past Kazan becomes impassible to water travel. Our path now led overland.

Here, I finally reached the edge of the maps I purchased back in Zobeck. From now on, I would be the one mapping the land. The expedition finally begins in truth!

So let us finally turn aside from the known lands and turn to new ones. 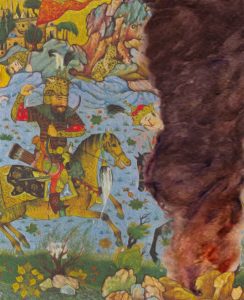 A seemingly endless line of posts, hammered into the ground and mounted with the helms of the defeated, runs parallel to the border leaving a stretch nearly 100 miles wide. Patrolled by dragonkin and the Morza’s troops, this borderland keeps settlers away from the empire. Merchants and explorers such as myself are allowed passage, of course.

Now, you should know that the land directly east of the borderland bears the name Parthia. This place is not organized enough to be called a kingdom and consists of three provinces. And so I will name them all for you. The region north of the river is called Mardia; the second, which lies toward the south, is called Isfahan; the third, Qaen, lies on the far side of Parthia.

In the cities, there are many merchants and artisans who live by trade and industry, for they make gold and silk fabrics of every kind. Much cotton grows there, and they have great amounts of wheat, barley, millet, and many kinds of fruits. Fine horses are bred in large numbers in Parthia, and many are sent for sale in Beldestan or stolen by raiders from the Rothenian. Valued more for their habit of eating little, carrying heavy burdens, and traveling great distances than for their looks, these horses sell for at least 400 gold pieces! Through some skillful trading, Agosto managed to acquire several of these Parthian horses for us, though it cost us a great deal of coin.

Be aware, these provinces are full of brutal and bloodthirsty people, forever slaughtering one another in one feud or another. Curiously, they all safeguard traveling merchants claiming that their faith in Azuran (whom they call Azura) demands it to be so. Brigands and soldiers who delight in attacking each other on sight will escort a merchant caravan from one side of their territory to the other in return for a payment for each loaded beast of two or three silvers. 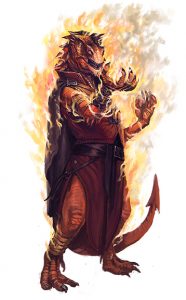 On the Fire-Worshippers of Atashkala

Soon after crossing into Parthia, you will reach Rhaga. This strange city is the center of worship for a god or spirit called Atashkala. This, I have been told, means “fire-beloved” in our language. And that is a statement of fact because the inhabitants of this city do worship fire. And I will tell you why. Here is the tale as I heard it. Some time ago, three magicians returned to Rhaga after following a vision each had received. In their possession was a great stone of metal and ruby which they had witnessed fall from the night sky. When this stone was placed in the middle of the city, it erupted into an endless flame that burns to this very day. The flame, called Atashkala, claimed to be the first flame born at the creation of the world and promised blessings in return for devotion.

Now a great temple stands around the Flame of Atashkala. If the lame or ill but step into the flames, they are restored to full health. These followers of the flame believe every flame to be a reflection of Atashkala, and every time they pray, they make a sacrifice of meat or goods, roasting them in fire until they are ash. Some even carry around a flicker of Atashkala in special reliquaries that they keep perpetually alight.

One fascinating item created by the followers of Atashkala bears description. It is a small iron orb set with rubies that, when thrown to the ground, calls down a pillar of black fire from the sky called voidfire.

Studded with shards of ruby, this small iron sphere can be thrown as a standard action with a range increment of 45 feet. When the orb strikes any surface, it detonates, calling down a pillar of black and orange flame from the sky (as per the flame strike spell). The voidfire orb is completely consumed by the detonation.