Skip to content
Home / Delve into the Depths in the Kobold Blog / Memoirs of a Lich: Monsters, Part 1 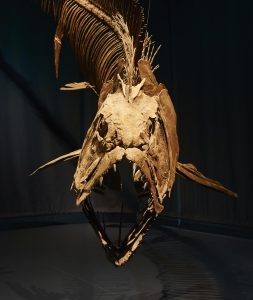 This is Osvaud. A sign of a mature villain is recognizing that there are only so many people you can personally kill in a day.

Now, I know what you are thinking (you painfully literal dingbat)… “Oh, I bet I can pump negative energy into 13,680 commoners in 24 hours if they all stand less than 30 feet away from each other.” First, good work accounting for that 5.0% of the time we somehow miss. Second, you are well aware that is not what I am talking about, so quit acting like a know-it-all jerk. Third, there is no freaking way you can get that many commoners to stand still while you murder them all.

I mean, unless you paralyze them first.

Huh… totally off subject, but put a pin in that.

The point I am trying to make is that we can’t kill everybody ourselves. Nor should we expect our prized loyal-dumb or traitorous-smart minions to do it for us.

Which brings us to today’s topic: monsters. This is a big one, and since we decided to waste space arguing about murdering commoners, I’ll just focus on the bulk of your forces this week.

Basically, your minions need minions too. An understandable mistake a lot of evil masterminds make is setting similar hiring qualifications for monsters as minions. This leads to an onerously back-stabbing organization or a horde of screaming idiots. With either case, you aren’t making headway on your nefarious schemes.

What you want for the lowest ranks is loyalty, versatility, disposability, and enough brains to not want to become middle management. As a counter example, constructs are loyal, but they are also dumb, one-note bricks that cost more than a volcano lair. I’m certainly not saying you shouldn’t splurge for super awesome monsters (like that pyrocryohydra we special ordered), but in general you need a larger force to fill out the ranks. Captain Freezerburn is undoubtedly awesome but also stupid as a post. If you don’t surround him with a bunch of cost effective meatshields, he’ll get dogpiled before he stops licking himself twelve times a round.

Counterintuitively, plain old boring humanoids are the way to go. Humanoids tend to have all sorts of tricks up their sleeves, which makes them a solid foil for equally diverse adventurers. You throw a basic out-of-the-box minor monster at a burglar, and next thing you know the snooty jerk is quoting all of their strengths and weaknesses to his buddies. Personally, I’m a fan of hobgoblins, as they embody all of the qualities I really want in a single-serving rank and file. Heck, the superstitious buggers straight up wet themselves (with loyalty) if you throw around a couple of meteor swarms.

Also, with humanoids, you can always recycle them into undead. I feel that is the hallmark of any truly responsible evil monolithic organization. I am not totally sure what a “carbon footprint” is, but I bet turning hobgoblins into ghouls helps us lower it.

5 thoughts on “Memoirs of a Lich: Monsters, Part 1”