Skip to content
Home / Delve into the Depths in the Kobold Blog / Howling Tower: Taking Players Outside Their Comfort Zones 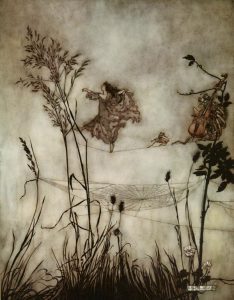 Balance has always been a big concern among RPG players and designers. My friends and I had our first debate about whether D&D’s classes, races, spells, monsters, and magic items were “balanced” during our very first D&D session. We reached no definite conclusion other than that balance is a fleeting target.

D&D is not a competitive game. Players are not trying to force the DM into checkmate or each other into bankruptcy. The whole situation is fluid. If characters are winning too easily, the DM can ramp up the opposition; if they’re losing unexpectedly, the DM can toss them a lifering from the S.S. Deus ex Machina.

In this regard, playing most RPGs is less like playing a game and more like playing music. Sometimes the trumpets are loud, sometimes they’re overpowered by the violins or even the flutes. No one’s purpose in the band is simply to be the loudest. Whether the musicians are the Boston Philharmonic or Phish, their purpose is to give a musical performance that is pleasing to the ear. There’s a reason why the word concert means both “a musical performance” and “working closely together.”

Balance in an RPG is largely situational. A situation is balanced only insofar as the DM wants it to be. No matter how finely a balance is calibrated, it is in balance only when equal weights are placed in both pans.

As RPGs have grown more detailed, characters have become more specialized. In practical terms, this means they can dominate the situations they were specifically designed for, they probably can pull their own weight in related situations, and—if their specialization is really thorough—they could be almost helpless under exactly the wrong circumstances.

Consider, for example, the archer who can drop a dragon at 50 yards but is as helpless as a baby in melee. Compare him to his direct opposite, the bouncer who can smash any enemy within her club’s reach but is powerless against goblins with slings on the opposite bank of a gully. The bard who accompanies them can talk his way into or out of anything, provided the opposition is willing to listen. Their religious friend has no equal when it comes to smiting the undead, but against living foes, she doesn’t have a prayer.

All these characters excel at what they do. Their construction sends the GM a clear signal about how each player wants to spend his or her time in the game: shooting things, stabbing things, persuading things, and any of the above as long as they’re dead things. As a group, however, these players can be given what they want only by a narrow range of encounter types.

So the question of the day finally arrives, and it’s this: is the GM required to deliver that narrow range of encounter types? How often should the GM serve up entrees that the players ordered, and how often should he or she surprise the players with flavors that they didn’t order, probably aren’t prepared for, and might not like? Is it fair to hit them with an encounter that is balanced according to points but that the characters are unequipped to win?

Like it or not, game systems that allow or encourage specialist characters demand an answer to this question. If all the monsters can fly and only one character has a ranged attack, is the GM harshing their fun? If the groups’ #1 tactic is luring enemies into a furnace of devastating flame spells and all of today’s enemies are immune to fire, is the GM being a jerk? Or is the GM scuffing out the tiny protective circle the characters chalked around themselves and challenging the players to stretch their vision a bit?

I tend to take the latter view. My prejudice is toward experiencing the world rather than playing the adventure. The world is a wide place with a colossal range of foes and dangers. Even if the characters choose to optimize themselves against only a few, they still need a plan for dealing with the rest. That’s not squatting in their ice cream; it’s just applying some consequence to their decisions.

Of course, the GM is still a jerk if every encounter slams head-on into the characters’ weak spot. The conductor needs to work in concert right along with the musicians. But the very best conductors make musicians stretch for the note they don’t think they can reach, and expect them to hit it.

5 thoughts on “Howling Tower: Taking Players Outside Their Comfort Zones”