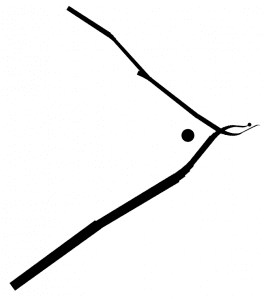 The yellow planet Temperos is a testament to the inscrutability of the gods. Who can say what brought Gades the Titan to this dusty, primitive world millennia ago? And who can even begin to explain his carnal rampage through the planet’s unsuspecting megafauna? And if some sense of responsibility motivated him to birth a horde of colossal offspring from his own brow, to act as shepherds for an imminent generation of bestial godlings, how did it all go so horribly wrong?

The greedy and cruel titans wasted no time enslaving and breeding their animalistic half-siblings, killing or driving off beasts too powerful to subjugate. Now they spend much of their time fighting among themselves over the planet’s mineral resources, the victors driving armies of elephantine and saurian slaves in the construction of obscene, vain monuments with the spoils. While the arrogant titans have nothing but contempt for their “dull animal” brethren, they quietly tremble at rumors of ancient kaiju with the blood of Gades and at stories of other unique monstrosities that could easily bring their middling empires tumbling down.

The rune magic appearing in the hands of rare haunted giant shamans in Midgard’s Wasted West comes by way of powerful titans so bold (or foolish) as to lure cults of worshipers away from their father. The runes were originally necromantic brands used to mark and dominate the titans’ bestial slaves and now are rich with the essence of the creatures that wore them for so long.

Mark of the Hallowed Tortoise Oracles

Once content to retreat into their enormous shells for years at a time to contemplate their cryptic visions of the future, these slow-moving seers are now reluctant tacticians in the titans’ petty conflicts.

Mastery Bonus: Characters with the Rune Mastery feat for this rune gain a +1 insight bonus to Perception checks.

Associated Spells: Characters with the Runesmith feat for this rune can craft magic items as if they could cast augury, divination, legend lore, and other spells accessing knowledge of the past, present, or future.

Powers: A character with the Deeper Rune Lore feat for this rune can harness one of its powers once per day. Available powers increase with character levels:

1st Level: You gain a bonus equal to your character level to Survival checks to track a creature onto which you have inscribed this rune.

4th Level: Inscribed on a weapon, this rune grants the user a +1 insight bonus to attack rolls for one hour per character level or a number of attacks equal to your character level (whichever comes first). This bonus increases by +1 for every four additional character levels. (Character levels refer to the rune caster, though he or she need not necessarily be the weapon’s wielder.)

8th Level: Inscribed on a doorway or other passage, this rune allows you to observe all creatures passing under it for 10 minutes per character level. This is not clairvoyance—you simply receive hazy images of individual faces. At 12th level, you may spend 1d4 x 10 minutes investigating one of these faces in the manner of legend lore.

Mark of the Burrowers

With pebbly hides made of actual rock and studded with gemstones, the armadillo descendants of Gades are masters of elemental earth.

Powers: Deeper Rune Lore grants the use of one of the following powers per day:

1st Level: Inscribed on yourself, this rune grants you the ability to burrow as per the spell. Speed is 20 ft. and though duration remains 1 minute per character level, you do not need to breathe while burrowing.

5th Level: Inscribed on the ground, you may use this rune to call forth one or more earth elementals. This acts like summon monster, with a spellcaster level equal to two less than your character level.

12th Level: You may cause a stone inscribed with this rune to grow and change shape as per wall of stone. The stone must be placed on a rock or stone surface and activated with a touch as a swift action. You may stone shape the resulting mass once per minute. After a number of minutes equal to your character level, it becomes a simple stone again.

Mark of the Drake Brutes 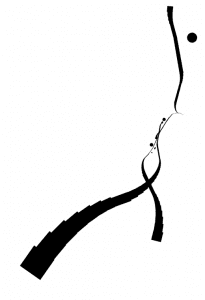 Seemingly a bridge between the planet’s rare dragons and plentiful dinosaurs, the drakes of Temperos are a diverse lot, united by their great might and relatively plodding intelligence. Those living under the titans’ yoke fulfill many roles, from essential beasts of burden to dreaded war machines.

Mastery Bonus: Once per day, you can spit a stream of elemental bile at a target. This is a ranged touch attack with a range of 25 ft., dealing 1d4 points of fire, cold, or acid damage (choose when taking Rune Master feat).

Powers: Deeper Rune Lore grants the use of one of the following powers per day:

1st Level: Inscribed on yourself, this rune allows you to unleash a deafening, terrifying roar. This is a 50-ft. cone-shaped burst. Anyone within the area of effect should make a Fortitude save or be dazed for one round.

5th Level: Inscribed on yourself, this rune causes you to sprout webbed wings for up to 1 minute per character level. You gain a fly speed of 50 ft. with average maneuverability.

11th Level: Inscribed on a drake, this rune enhances its abilities as per lesser to greater[BoD].