Skip to content
Home / Delve into the Depths in the Kobold Blog / Legendary Locations of Midgard: Dynamic Environments (Part 2) 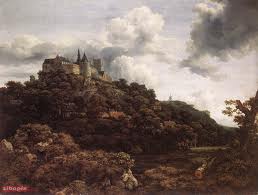 We continue the look at legendary locations of Midgard in part 2 of the Dynamic Encounters series. Next up is Missala, with its tortured inhabitants.

The ruins of the diamond palace are on this small island. Long abandoned, its only inhabitants are the pained remnants of the once living. The legends of vast fortunes lying in the ruins encourage the occasional adventuring party into the palace, but only the hardiest survive their time among the tortured souls of the former residents.

Stage 5: The first time in each encounter that a PC needs to make a death saving throw, the PC automatically fails.

Stage 4: PCs regain only half hit points from healing effects.

Stage 3: After an extended rest, PCs regain all but two of their healing surges.

Stage 2: After an extended rest, PCs regain all but two of their healing surges.

Stage 1 (initial): After an extended rest, PCs regain all but one of their healing surges.

Stage 0: The PCs feel uneasy, as if darkness is crawling under their skin.

Success: A PC rolls a 20 on a death saving throw.

Failure: Every milestone reached within Missala.

A frozen desert of ice, snow, and windswept white tundra stretches out for miles. The ice is so deep that you would be forgiven for thinking no ground was beneath it. The cold, featureless landscape and the biting harsh wind take their toll on those who are unfortunate enough to find themselves here.

Stage 0: The PCs have become acclimatised to the Bleak Expanse.

After each extended rest in the Bleak Expanse, each PC makes an Endurance check (DC 23).

Success: More than half of the PCs succeed.

Failure: More than half of the PCs fail.

Thorn was at one time a shining capitol, before war with the dwarves sent the elves that lived there into retreat. It is now a ruin—a stuttering echo of its former glory. The elves left behind many traps to dissuade treasure hunters, the most important of which is magic that twists time. The shifting currents of time change ages abruptly, putting paid to the adage “age is just a number.”

Stage 5: If a player rolls 1–4 on an attack roll, roll a d12 and consult the Warped Time table for the outcome.

Stage 0: The PCs have the time distortions under control.

After each completed combat encounter in the ruins, each PC may make an Arcana check (DC 32).

Success: More than half of the PCs that attempt the check succeed.

Failure: More than half of the PCs that attempt the check fail.