Skip to content
Home / Delve into the Depths in the Kobold Blog / KotM Fight! Grievous Wailer 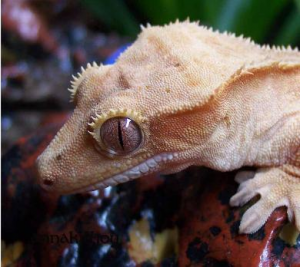 Welcome to the King of the Monsters Contest finals: the grievous wailer is finalist 4 of 10. These submissions are left almost entirely as they were received with the exception that all submissions have had minor alterations for proper spelling (not grammar), formatting, and the addition of an image. Let the fight commence!

Neither the crunching of the snow underfoot nor the scent of their furs worried the old chief. The stories passed down through the generations assured him that the creature knew his tribe was there but would not attack. They drew closer slowly, careful to walk in the path the creature made, following its weird and maddening twists and turns. A half day of following this strange route wore on the nerves of his young people but the stories were clear—the creature will not attack unless one crosses its path. Those who follow closely face no danger. Then, openly defying her chief, a young rager threw her spear, piercing the creature’s thick grey hide. There would be a battle by the fire for the Throne of the White Bear tonight. The old chief would worry about that later. First, he had to survive this battle. With a pitiful howl, it began…

SPECIAL ABILITIES
Chilling Grip (Ex) Grievous wailers can absorb body heat from other living creatures. Every round that a grievous wailer maintains a grapple, they can choose to do 3d6 cold damage to the grappled creature.

Plaintive Howl (Ex) Grievous wailers can emit a low, mournful cry as a standard action. All creatures within 120 feet of a grievous wailer must make a DC 21 Will save or become overcome with grief and loneliness, behaving as if sickened (-2 penalty on all attack rolls, weapon damage rolls, saving throws, skill checks, and ability checks). Each round, the sickened character can attempt to make another Will save (DC 21) until they recover their composure. Those within 30 ft of a plaintive howl must also make a save (DC 15 Fort negates) or become deafened for 1d4 rounds.

Grievous wailers resemble giant geckos but with heads much too large to be supported by their thin necks and gangly bodies. They walk upright with their single light-sensitive eye focused on the sky above and stand approximately 24 ft. tall. Their wrinkled, leathery skin is usually dark greenish-gray. As they walk, they let out long lonely cries that fill those who hear them with a sense of loss.

Grievous Wailers wander in areas of intense cold, often towering over the barren, rocky terrain they claim as their own. They follow a bizarrely circuitous route, walking in ever growing spirals and then turning suddenly to run in straight lines from one rocky outcropping to another. They are as likely to ignore those who cross their path as to strike out in a ferocious rage. The reasons for this violent rage is as inexplicable as the route the wailers take. A grievous wailer constantly wanders over a territory as large as 40 square miles, usually resting at locations with unusual rock formations or ruins. As huge carnivores, grievous wailers require such a large territory to support their ferocious appetites.

Grievous Wailers prefer solitude, only entering each other’s territory for mating. While they are rarely encountered in pairs, smaller scavengers often trail a grievous wailer feasting on the remnants of its kill. These scavengers soon learn that a wailer will never attack a creature that follows it at a distance, only those that cross its path in front of it.

Grievous Wailers are sensitive to normal light, and prefer to rely on their blindsight—a product of their keen sense of smell—when fighting. If enraged or confronted, wailers release a plaintive howl and then run at top speed towards combat. Every four rounds they let out another plaintive howl.