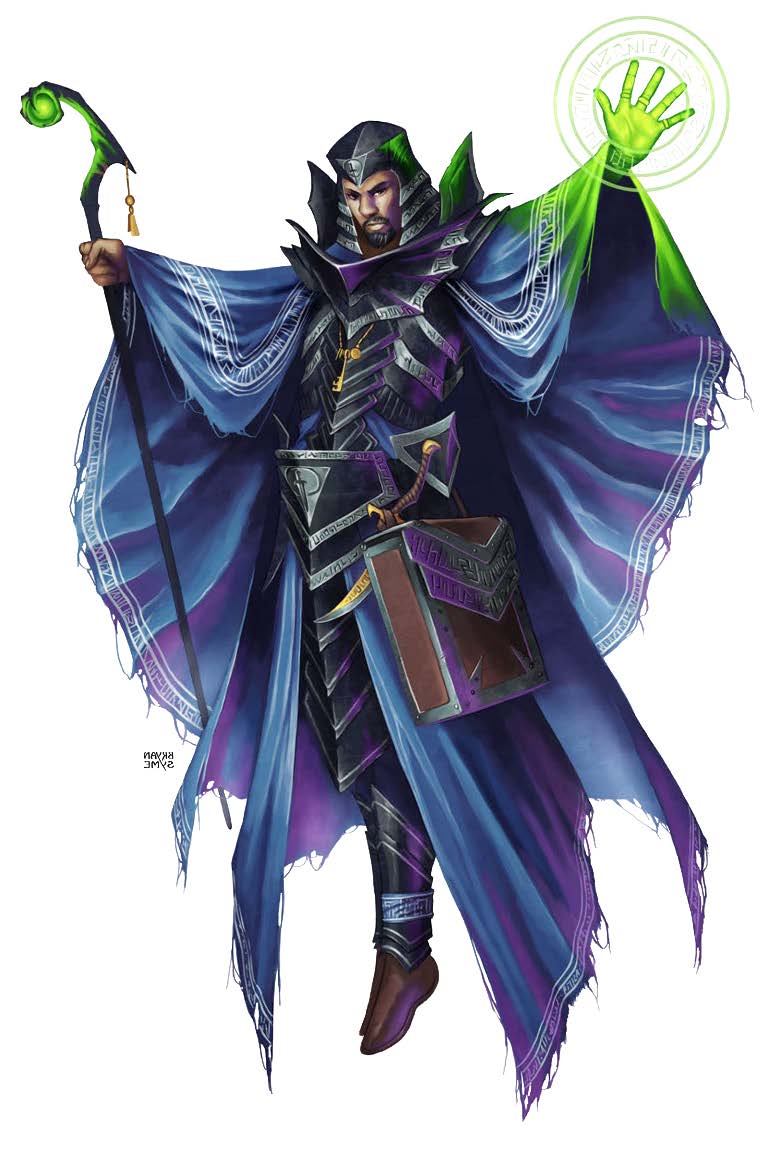 We’ve previewed many of the 12 new and expanded Pathfinder Roleplaying Game classes in the recently released hardcover edition of the New Paths Compendium.

Some spend their lives poring over ancient tomes and texts. Others devote their lives to the gods, acting as emissaries of the divine. The theurge seeks to achieve a perfect balance between the divine and the arcane, blending both kinds of magic into a powerful and cohesive whole. Theurges revel in the unbridled wonders of magic, regardless of its source. They strive to refine their magical abilities and are often consumed by their quest to accomplish ever greater feats of spellcasting.

Although many theurges worship a specific deity, typically a god or goddess of magic, others choose instead to venerate personifications of magical forces or perhaps even magic itself. Theurges are obsessed with an unquenchable thirst to further their understanding and mastery of spellcasting and magic. Their strength lies in the ability to draw upon, combine, and manipulate the powers of magic in all its forms to overcome any obstacle or danger.