Skip to content
Home / Delve into the Depths in the Kobold Blog / Grand Duchy: Clerical Adventurers 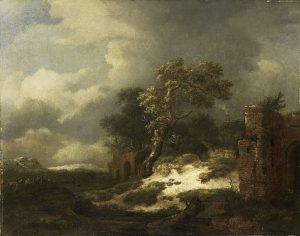 Clerics, priests, and holy officers willing to join adventuring parties are, quite literally, cut from a different cloth than their brethren. In the Grand Duchy, most who heed a calling to a religious vocation take comfort and shelter within a tight-knit community. Even those who do good works in the broader community return each evening to a monastic enclave or an ecclesiastical bureaucracy to which they belong. Not so those who proffer their services to the adventuring set. In truth, they might not be the best exemplars of their particular faith, being prone to nonconformity and wanderlust.

Outlying parishes are staffed with such clerics. With the exception of novices, who are “paying their dues,” malcontents and free spirits fill remote offices because they are being punished for committing a series of infractions. So it is from among a pool of such clerics that adventuring parties must dip when they are recruiting healers or purveyors of mystic wisdom for their next expedition. Who else but those barely hanging onto a place in the clerical offices would be willing to risk what little standing they have and venture forth with such fortune-seekers? Here is a sampling of some who might find their calling ministering to such a band.

Volund values priests who are “tentmakers,” those who practice a trade—usually in metalsmithing, blacksmithing or stonework—in addition to their priestly duties. The faith also encourages its clergy to marry and have children, “forging links” around strong families within a community.

On both counts, Penelope has lapsed. Once a promising metalworker, her enthusiasm for the craft flagged. Her cold furnace also was reflected in an arranged marriage that was loveless and resolved by an annulment.

Dour and disinclined to practice her trade, Penelope was assigned to minister to an enclave of migrant quarry workers living and working in a hamlet in the Meglinsberg diocese. The workers’ presence is seasonal, however, leaving Penelope with months of idleness.

Yet, Volund has not given up trying to stoke the ember within the heart of the once-promising priest. She still has a good heart and a willingness to help others. She just needs a cause to rekindle her courage.

After a multitude of infractions, most falling under the category of “unindustriousness,” Tok was banished from the Zobeck temple and sent to Hirschberg in hopes the change in locale would reform his behavior.

Tok’s knack for innovation has chafed under the rigid watch of his timekeeper overlords. He has on his record several reprimands for asserting that inspiration cannot, and should not, be put on a timetable. His open criticism, such as questioning the legitimacy of the clockwork oracle’s prophecies, has invited the condemnation of several senior priests.

Yet, he also has refused to slide over to his faith’s more creative side, the sect that venerates Rava’s mask as Ariadne. The weaver allows a greater allowance for creativity of expression, but no less a requirement of toil.

None of this has lessened Tok’s capacity for mechanical ingenuity and critical thinking. He will continue to question his faith’s central teachings, electing to go on adventuring forays as a means of funding the publication of opposition tracts. It is perhaps ironic, then, that the powers in the church do not acknowledge that Tok’s piercing intellect is exactly the kind of a virtue that is usually venerated.

In Hecate’s covens and secret orders of dark-veiled devotees of the moon goddess, they don’t quite know what to make of their “nighttime flower,” the brightly clad and cheerful Angie Sunshine. Mostly they just roll their eyes and regard her with mistrust. More than one wonders if she really isn’t a priestess of Lada within their midst.

She loves rainbows, unicorns, bright colors, and flouncy dresses. So bubbly and effervescent her personality, she is kept at arm’s length. But despite being giddy and cheerful, her humor is not without its dark streak. It’s her wicked mood swings and capacity for capricious violence that gives her the personality of a mischievous—even deadly—harlequin and makes her a perfect follower of the Lady of Darkness.

This dichotomy, however, usually isn’t apparent to adventurers when they recruit her. It’s not until she goes underground, into the sphere of darkness, that unpredictable—perhaps even insane—aspects of her personality surface. Once a battle is over and they find her holding up a bloody wooden truncheon after using it to beat a monster to pulp or a garrote dripping in ichor will they realize that their “healer” is less interested in casting cures than exemplifying her mistress’s calling.