Skip to content
Home / Delve into the Depths in the Kobold Blog / Grand Duchy: Adulterine Castles of the North 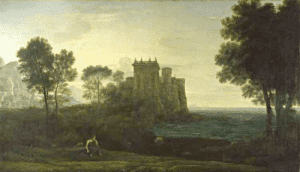 A persistent, even nagging, feature of the Imperatrix’s reign has been the presence of adulterine castles, fortresses without royal license or outside the crown’s control. Across the great northern kingdom are scattered hundreds of castles, fortresses, and towers. These adulterine strongholds are something of an incongruity in a kingdom that is otherwise stable and secure.

A few of these castles are ruins of the Great Retreat and the Mage Wars, imposing relics of a darker age, all thought to house things sinister and wicked. Many of these sites also feature a secondary fortification—a counter-castle erected outside bow range by opposing forces to establish a competing base or as a platform to launch siege attacks.

Far more common, though, are freestanding bulwarks that became forgotten and abandoned in the constant shifting and rearranging of Dornig fiefdoms and lesser holdings, all part of the land’s changing political landscape.

While these more numerous strongholds may lack the dark lore of their older brethren, they also have reputations as haunted places or serve as lairs for the fell races, bandits, and outcast sorcerers.

A third category of adulterine castle exists. These are a contemporary, concern, however. Neighboring powers erect military garrisons, trading posts, or diplomatic stations in disputed territory or just inside the border. The Copper Sphinx throne does not long tolerate these intrusions, which were constructed for the purpose of spying or gaining a claim on territory. If diplomacy does not resolve the situation quickly, General Embrose evicts the trespassers with a sizable contingent of Dornig troops.

As Sites for Adventure

For adventurers, in general, and ambitious nobles, in particular, the inattention to the first two types of adulterine castles is good news. There is no shortage of places to explore and fortresses to reclaim for Her Majesty’s tax rolls.

Here are descriptions of a few fortifications that might draw the interest of adventurers:

The Lame Twins: A ruin from the Mage Wars that lies within the southern line of the Arbonesse, the Lame Twins site is an example of a fortress with a counter-castle. It has long been held by a covey of hags—the crones Mhari, Ucha, and Keira. These three occupy the separate tower foundations and the counter-castle, an arrangement that enables them to live in proximity for mutual defense. But it also lets them establish their own areas of influence and avoid the conflicts that usually embroil covey members that inhabit the same space.

Ramtown Tower: A motte and bailey castle, Ramtown Tower lies within the northern Arbonesse but is approximate to Bad Solitz and once operated under its influence as garrison for its namesake village. After its abandonment, legend holds a mad mage, Caellachan, expanded its network of dungeons beneath the main keep and may yet occupy it to this day.

Leograsse Gate: This quadrangular fortress, situated on a rise between Thornwatch and Drakehaggen, is shunned because of its reputation as a haunted place. Beneath its foundation lies a network of natural caverns that were used for crypts and sinister ceremonies of necromancy. Incidents of attacks by roaming undead creatures are usually traced back to Leograsse Gate.