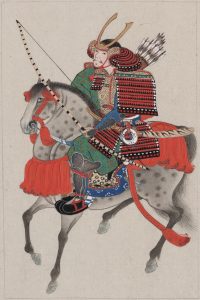 How Alignments Can Lead to Better Roleplaying and Deeper Characterization

We’ve all had that conversation with a DM. You know the one. You have a really great concept, the character has motivation to join the party, and by and large you feel that you’d be able to push the game forward and heighten the drama of what’s happening. Your DM agrees, except for that one, itsy, bitsy spot on your character sheet. The alignment box.

Your character’s alignment is just like anything else on the sheet: it’s important, but it’s just another way of clarifying in game terms something that’s a little more nebulous. After all, what motivates your character might be an infinitely complex series of past experiences and emotions, and there’s really no telling how a given situation will be met. Rather than fighting the urge to have your character put in a box, try embracing that alignment. If you’re having trouble, here are some tips and tricks to make it just a little bit easier on you.

Tip #1: Alignment Is an Interpretation

The most important thing to remember is that an alignment is not a code or a creed. It’s not a list of “thou shalt not’s.” Your alignment is your outlook on the world. It’s a rough approximation of the methods your character uses, and the ways in which he or she reacts to problems put forth.

For example, take two city guards. They’re both dedicated to their jobs, and they both took the same oath of office. A lawful good guard might be a bit of a boot-shiner, always insisting that things be done by protocol. She might have an extensive knowledge of the law, as well as the necessary skills to solve problems without violence. She might do her job not just because she needs a paycheck, but because she believes in her task and in keeping people safe. The flip side of that coin might be a lawful neutral guard. He might have the same knowledge of the law, but for whatever reason he might not feel as protective of his fellow citizens. He may be more concerned with the preservation of order than he is with who is in the right, leading him to treat the law as a flowchart of actions and reactions rather than as a guide for his personal involvement. Lastly, he might keep himself personally uninvolved with his duty precisely because he thinks the law should be impartial in how it’s dealt.

These two characters might have the same class, the same levels, and even the same background; the only difference is in how they see the world. That said, if you’ve ever had a deep conversation with someone, you know what someone values and prizes is what makes them do what they do. Decide who the character is first, and what their alignment is after.

Tip #2: Not All Alignments Are the Same

Don’t lose sight of how general alignment is when it comes to interpretation. Take two paladins, for instance. Both of them will be lawful good, and both of them will have the same credo and belief (assuming they’re from the same order). One paladin might view cooperation as the best possible means of achieving an end, whereas another believes that the righteous should command. The former might view those who commit evil acts as people led astray, and attempt to redeem them. The latter might feel that evil must be dealt with punitively, and that all evil acts are matters of pure choice.

Is one more lawful good than the other? No, not really. There is a lot of room in any alignment classification for how someone behaves and who they are as a person. Even if your character has to be of a certain alignment to maintain their powers (paladins, clerics, monks, etc.) that doesn’t mean there’s one “right way” to do it. Or one “wrong way” if you happen to be playing an evil campaign.

We all pay lip service to the idea that alignments change, but very rarely do we really think about it. People, and often characters, change by inches. So every time a character experiences a defeat or a success, ask yourself how that shifts his or her outlook. Does the anti-establishment barbarian realize that there may be some value to a codified system after all? Does the cleric who’s spent his entire life in the ordered world of a college get into the field and realize that improvisation and nonlinear thinking will save your life just as often as devout prayer? Or does the ranger who was given land and title realize she has responsibility to her people, and so settles into the daily affairs of governing rather than roaming the wilds as she once did?

What a person wants changes, and how they view the world will occasionally get shaken up. This is just as true for good as it is for evil. It doesn’t always take madness or depravity to make someone different; maybe it was just not being thanked one time too many.