Skip to content
Home / Delve into the Depths in the Kobold Blog / From Diablo 3 to D&D: Socketed Items 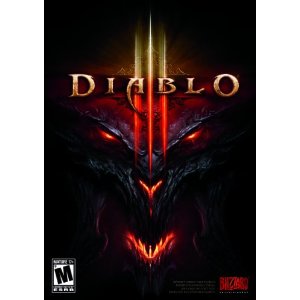 Welcome to the third installment in Jerry’s Diablo 3 to D&D series of blog posts. You can read about skill runes and treasure pygmies (the first two parts) before starting with socketed items.

Aside from whatever magical properties armor and weapons has, most items function in only a few different ways. That’s not the case with slotted items in Diablo 3. Creating slotted items and armor in your tabletop games is a great way to add customization, and doing so can be as simple as adding the slotted descriptor to items.

One way to handle slotted items involves adding magical properties to gemstones in your campaign world. The gem type could indicate some of its properties and significance, such as sapphires having cold/frost properties or emeralds adding to speed and dexterous abilities. The gem’s properties could fluctuate depending on the item that contains it. If a sapphire is added into the grip of a slotted sword, the sword could gain additional cold damage properties. If you add this gem to armor instead, then perhaps it could help reduce cold damage or form an icy coating over the armor that causes damage to those who attack you with touch or melee attacks.

Below are some short examples of how using gems and socketed items could translate over into your games. The categories are generic so that you could choose to have a gem imbue different properties if inserted into a helm rather than a chest plate or if affixed into the head of an axe rather than its hilt. For the sake of imagination, brevity, and campaign flexibility, we’ll leave those bits up to you.

Let’s also assume that gems bestow various boons onto mundane objects and pass them onto their owners when bound to these items. In rare instances, some large or rare gems have granted sentience to these common items, providing the items with personalities that mirror their properties in some manner.

Instead of using gems and minerals, you could instead fill these slots with other types of items. A necromancer might slot his or her weapon with bits of bone from past victims. A cleric might use a fragment of a long-forgotten relic. The main idea here is to adorn weapons and armor with modular-based elements as opposed to using basic enchanting schemes.

Keeping It Under Control

Having no limitations when using slotted items in your game could not only make for overpowered characters, but also cause a bookkeeping nightmare. To prevent this, you could consider not allowing more than a certain number of socketed items per character for story reasons (perhaps gems have a poisonous effect if too many of them are in close proximity to others), or you could allow monsters and NPCs to use them as well. The latter option might only add to your bookkeeping problems, though, so my suggestion would be to pick only one or two properties for a handful of gems and start there.

Other factors could also affect how this all works: size, cut, quality, and origin. Perhaps only the best of the best gemstones warrant the effects I’ve described here. Each gem could also have some drawbacks, such as accelerating aging or attracting the attention of truly terrible creatures, to keep things interesting and balanced.

Socketed items can add also help you build the backstory of your campaign. Cursed gems could contain demons or other extremely powerful creatures within them. Blacksmiths might want to learn how to socket items as part of their craft, so they could send adventurers to discover lost lore or gather materials that help them harness the power in specific types of gems. A coven of warlocks could be trafficking stolen souls inside “common” gemstones, and the heroes might need to put a stop to this practice.

I hope you have enjoyed this installment of D3 & D&D. Are you going to give this a whirl in your game? Have you already done it or something like it? Let me know! I’d love to strike up a good conversation in the comments. Stay tuned next time for a topic very close to my heart: traps, tricks, and other deadly traversals.

4 thoughts on “From Diablo 3 to D&D: Socketed Items”