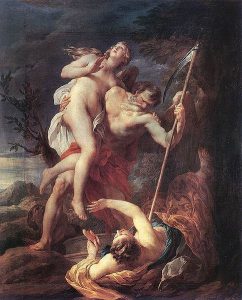 Manipulating time has long been a staple of fantasy worlds and—with a little planning—can add new dimensions to your games and your players’ characters. It can open up new and wondrous locations and leave your players wondering, “When will we wind up next?”

One way to make your players more aware of time is to take it away from them, either as a penalty for failure or as a part of the story. Here are some examples:

To make these big changes easier to swallow, the PCs should remain mechanically the same even as they grow older while the world changes around them. To make the change more noticeable, introduce NPCs or locations early in the campaign that the PCs re-visit often. This makes it easy for them to witness the changes time brings, through their actions or absence.

Time is on Your Side

If you or your players wanted to make the passage of time have a bigger impact on their characters, you could include aging categories in your game. Consider breaking down an adventurer’s life into the following stages:

When designing aging mechanics and their effects on a PC, first consider how long that character will be in play. An aging spell that can be removed by a simple ritual or quest can be potent, and possibly given the same treatment as a curse or disease.

Aging effects that last multiple adventures or an entire campaign, though, require much more care and balance to avoid making the player feel like their character has been handicapped.

Before using any of these changes, talk to your players and let them know what you’re considering for the campaign. That way, they won’t be surprised when they discover that the times, they are a changin’.

4 thoughts on “Time after Time”