Skip to content
Home / Delve into the Depths in the Kobold Blog / Actual Play: Prepping for the Wrath 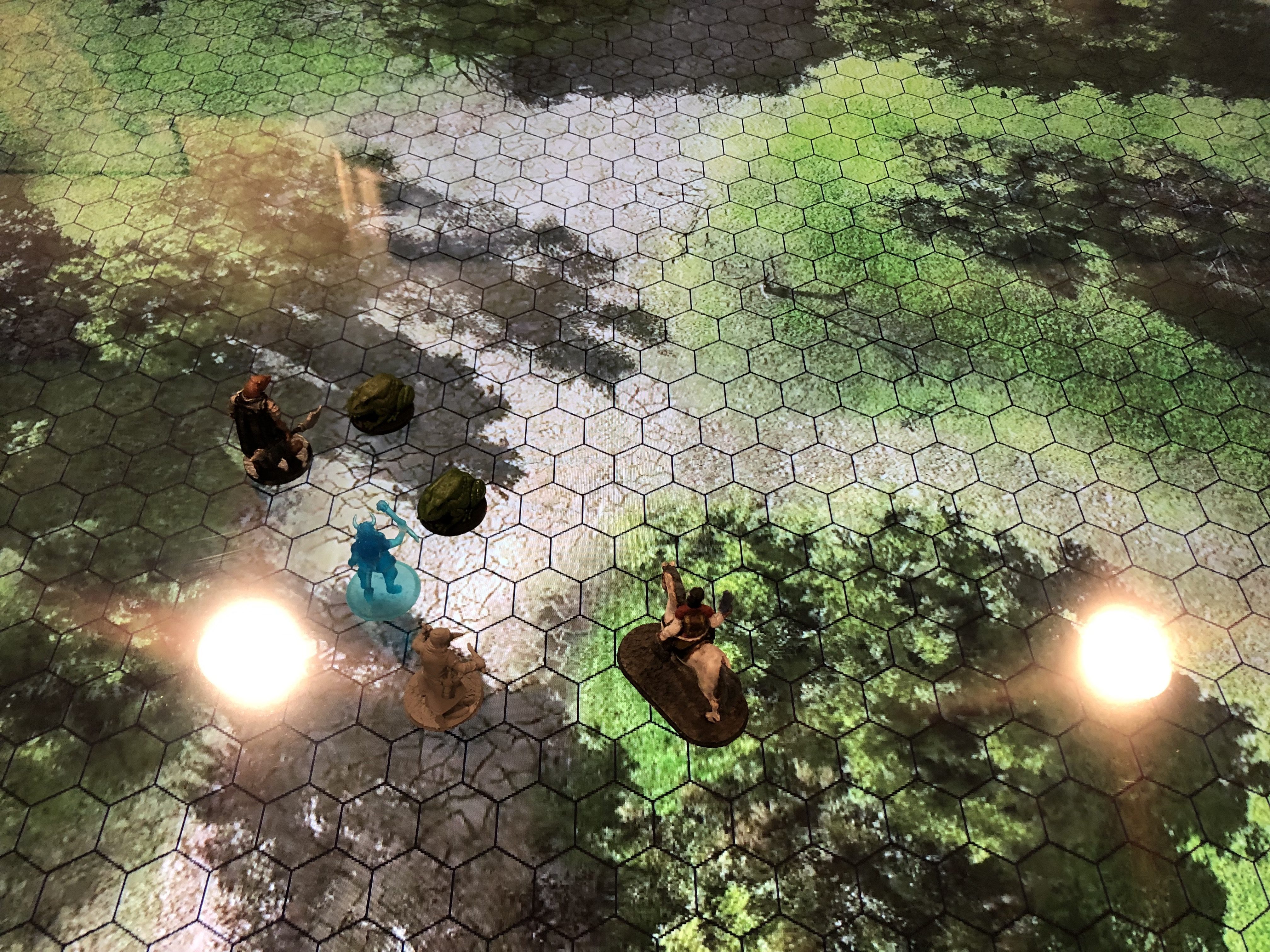 When I was a kid, and 1st Edition wasn’t called 1st Edition because we didn’t know there would ever be another, we played sitting on the rug with a set of very battered core books, dice you had to rub with a crayon to see the numbers, #2 pencils, and paper, some of it graphed. These days, we’re sitting around a dedicated game table, everyone with laptops and iPads plugged into D&D Beyond, and the table is filled with either 3D printed terrain or a big flat-screen television displaying beautiful battle maps in glorious color. It’s a different game. And it’s the same game. Friends and family members making up stories together.

You don’t need all the extras. You just need the friends and the stories. But a lot of the fun for me as a GM is “setting the table,” surprising my players with cool minis or interesting bits of terrain they haven’t seen before. I’m not an expert crafter, but I’m learning a thing or two, and I really like using props.

I’m currently running a campaign centered in Zobeck with forays into the Old Margreve. We started with “Everyone Lies” from Streets of Zobeck, and then we were lucky enough to follow that up with a playtest of “The Honey Queen” from the forthcoming Tales of the Old Margreve. The plan is to hop back and forth between the city and the woods for a bit, before branching out northwards where we’ll dive into “Wrath of the River King” for several levels. We love the mix of gritty streets and fairytale forests. So when “Wrath of the Bramble King” dropped right before our next session, I wasn’t about to skip it, and I rushed to prepare.

In the adventure, the players come upon a village under siege by “giant bramble badgers” and magically grown walls of thorny vines. Seeking out the source of this attack, they encounter the Bramble King, a once-human fey made entirely of, well, brambles, what else? Like “The Honey Queen” before it, the eponymous monarch isn’t bad per se, and the adventure encourages the players to negotiate with the king rather than fight him, though there is plenty of combat opportunities afterwards.

Now, we could do it all theater of the mind. That’s how my son runs his games at school. (Yes, I’m a good dad. I’m raising a GM!) But the more I dove into the adventure, the more I wanted to be able to present it at the same level as our other sessions. Problem: I only had a week to prep. Fortunately, 3dhexes has some wonderful vines in their “Tangled Realm” set, which I got last year when I thought I was going to run Tomb of Annihilation. And you’ve probably heard of Miguel Zavala. Miguel, who goes by mz4250 on social media, is the guy who made 3D printable models of all the monsters in the Monster Manual (and has gone on to create models from several other monster tomes and adventures, including a few from the Tome of Beasts). And he has “Giant Badgers” for free download on Shapeways! And the thorns for the “Tangled Realm” vines are meant to be printed separately and glued on, so I was able to print extra and glue them on the badgers! Instant bramble badgers! Miguel’s “Needle Blight” was a good stand-in for the king himself. And I a giant spider from Fat Dragon Games as well. Then I hastily sprayed all of it a hunter’s green, dry brushing them that same evening in a lighter shade. I added some flocking and voila! It was a quick and dirty job, but I had a wall of vines, a batch of bramble creatures, and the thorny monarch ready to go!

Meanwhile, some weeks ago, one of my players and I built a TV case for a 55” flat screen. Heath Robinson is the co-owner of Infinite Black, whose Lovecraftian Elder Dice are absolutely amazing. He’s also a jack-of-all-trades with the broadest skill set of anybody I’ve ever met. The case we built is utterly gorgeous and absolutely amazing, and I’m only able to gush so immodestly about it because it would have been impossible without Heath. We run Dynamic Dungeons animated maps on it, which are animated maps where the trees and grass move in the wind and birds fly across the screen. Their new editor/manager/player software allows the use of fog of war effects, and you can also import third-party maps into their editor. So I selected a mix of Dynamic Dungeons and Heroic Maps for this adventure—Heroic Maps for the village of Cambervale and the ruined tower from Dyson Logos that is provided for the climax of the story.

Because my party are all 3rd level and the adventure is written for 2nd-level characters, I added an extra bramble badger and planned to beef up the final encounters too. On the way to the village, we used the random encounter tables from the Tales of the Old Margreve, where a fallen log and some laughter from the bushes foreshadowed the children of the briar, and a chernomoi named Pexl took out a player and a newly purchased pig in one shriek. My players bargained with the Bramble King as expected, but when they came to the ruined tower at the end, they somehow cut right to the chase, bypassing a lot of the monsters for the objective straight away. I never got to use my bramble spider! But as it was, I didn’t add monsters to the final fight, and a good thing too, as three children of the briar was nearly a TPK. Or rather, a TPK for all but the wizard who was levitating at the limits of the children’s spitdart tongue’s range. (His mini levitated with flight risers from Axen Shield. Highly recommended!) But they claimed the objective and negotiated a truce between the king and the village.

All in all, it was a fantastic day that’s added to our campaign in very interesting ways, and I’m so glad I didn’t skip it. There’s something about Midgard in general, and the Margreve in particular, that really sets it apart from other campaign settings. Somehow the world feels really real, really credible, despite—or maybe because—it draws upon so much of medieval folktales and legends. The strange characters like the Honey Queen, the Bramble King, the Weft of Shadows, as well as the fey nature of elves, make Midgard feel different from other imagined worlds and more like a mythological version of our own. I can’t wait to head back into the Margreve or maybe into the streets and alleys of Zobeck. And I can’t wait to see what challenges the kobolds throw my way when it comes to setting my table for the next time.

Lou Anders is the author of the Thrones & Bones series of middle grade fantasy adventure novels and of the novel Star Wars: Pirate’s Price. You can find him online at www.louanders.com, on Twitter @LouAnders, and on Facebook.

7 thoughts on “Actual Play: Prepping for the Wrath”