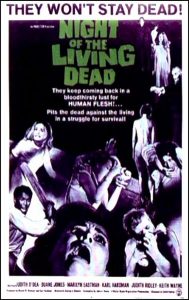 For an experienced adventurer, the awe and horror of the living dead has long since faded with zombies commonplace and ghouls just another form of sewer trash. But when a skeleton with bones clad in decaying iron turns a sword to rust, the adventurer again knows fear. The Pathfinder Roleplaying Game Bestiary introduced a new dynamic for altering undead, the simple template. Presented here are seven additional simple templates for your zombies, skeletons, and ghouls, along with expanded rules for creating variant undead.

Frozen zombies are created when an ice storm or unholy blight spell is cast in addition to animate dead. Unlike standard zombies, a frozen zombie is far more durable in its chilled state. In addition to the zombie template changes, make the following adjustments to the base creature…

Hit Dice A frozen zombie gains bonus HD as though it were one size smaller.

Attack A frozen zombie’s slam attack does damage as though the zombie were one size larger than its actual size.

This shambling corpse emits a dark energy, giving it a strangely alluring and life-like malevolence that belies its mindless veneer.

Unlike standard zombies, a gloom zombie emits an aura of dark energy. Gloom zombies are created when a cause fear spell is cast in addition to animate dead. In addition to the changes for the zombie template, make the following adjustments to the base creature.

Abilities As a standard zombie, except its Charisma becomes 15.

This shuffling, decaying corpse draws energy from its foes.

The undead condition is amplified in a grave zombie—its ability to sense living beings grants it the illusion of intelligence. Grave zombies are created when a false life or death knell spell is cast in addition to animate dead. In addition to the zombie template changes, make the following adjustments to the base creature.

Abilities As a standard zombie, but the Strength of the base creature does not increase when applying this template.

Grave Touch (Su) When a grave zombie strikes a living opponent with a melee attack, the zombie gains fast healing 3, gains a +4 enhancement bonus to Strength, and loses the staggered condition for 1 round, until the end of the grave zombie’s next turn. Multiple successful attacks do not stack but reset the duration.

Lifesense (Su) A grave zombie notices living creatures within 60 ft. as if it possessed the blindsight ability.

Flakes of rust fall from tear drops of hardened, roughshod iron hanging from a boney frame.

Challenge Rating As a normal skeleton + 1.

Rust (Su) Metal items touching a rust skeleton—such as armor worn by a target of its claw attack, or weapons that strike the skeleton—take half the skeleton’s maximum hp in damage and gain the broken condition; a second hit destroys the item. Against creatures made of metal, a rust skeleton’s claw attack deals 3d4+6 damage. An attended object, any magic object, or a metal creature can attempt a Reflex save (DC 10 + 1/2 skeleton’s HD + skeleton’s Cha modifier) to negate this effect.