Skip to content
Home / Delve into the Depths in the Kobold Blog / Prepared!: Shell Song 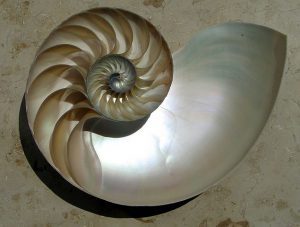 We brought the boats in and began unloading as the captain asked. Old man Jul went up the beach a ways to find a place to set the tents. We all laughed at first when he slipped on the rocks and fell flat on his arse, cursing and waving his arms. Now, Holm swears that old man Jul’s fate was sealed the day he spat on the ship’s shrine to Poseidon, but Holm is a zealot and who can say? We watched as the old man tried to stand, but couldn’t. We saw him, moving unnatural across the stones, waving his arms and crying out—and then, in defiance of the rules of being, he slid up the side of the mound. A strange song filled the air. “The stones,” Neeko cried out. “The stones move!” And with that, old man Jul disappeared into the mound. Everything we’d unloaded was left on the beach—we rowed away to Jul’s screams and the somber notes of the evil melody until they faded and turned into gull cries…

Shell Song is a short fifth edition scenario that challenges four 3rd- to 4th-level characters, and it includes a creature, the cobbleswarm, from the upcoming Tome of Beasts book from Kobold Press! The cobbleswarm was presented in its original form on this site.

PCs traveling in a coastal region discover a beach that the locals claim is cursed. The stories about it involve people and animals going missing, sand and stone moving unnaturally, and a song rising from a deep place. Investigating the beach, the PCs are moved by the song and must fight against its luring melodies. They are also assaulted by cobbleswarms, who attempt to convey the adventurers into the mouth of a sandy mound. Defeating the strange swarm of crab-like beasts, the PCs are free to explore the tunnels below the mound, where they discover the source of the song: an enchanted music box in the shape of a large nautilus. But there in the watery caves under the beach, the PCs also discover the nautilus’s malevolent origins, as a chuul, drawn to the faded music of the ancient Abolethian empires, guards the artifact with its life.

An old halfling dressed in a filthy gray sweater and tall oiled boots, spits into the sand. He carries a bundled net and drags a box of fishing supplies attached to a rope behind him.

Hemlo is a resident of a nearby fishing village. He is a skilled fisher and has lived in the region for many years. He has grown ornery in his old age, but his good nature shines through in conversation. He has a terrible habit of spitting. Use Hemlo to hook the PCs into the story of the scenario, or use him as a source of information they must seek out after speaking with villagers. Hemlo provides the following information provided the PCs are friendly and reasonable:

A DC 10 Wisdom (Perception) check directed at Hemlo reveals his sweater is sticky with honey. Offering the old halfling something sweet jogs his memory a bit and he informs the party that he was almost an adventurer once when some explorers found a very old ruin built into the rock up the coast a ways. Hemlo knows nothing about the ancient empires of the aboleth.

Adventure Element B: The Nautilus

A large pearlescent nautilus (1 ft. diameter; weighs 3 lbs.) shimmers and changes color from pure white to azure blue then pink. This is a magical artifact from the era of the abolethian empires. While unattuned, the nautilus plays a luring song that can be heard for a quarter mile around it. Humanoids who hear the song must make a DC 12 Wisdom saving throw or be cursed. While cursed, the listener feels compelled to find the nautilus and will risk injury to do so. The curse fades if the listener does not hear the song for 1 day. If you attune to this item, you gain advantage on all saves against being frightened. You may also use it to cast calm emotions or augury; once used in this way, the nautilus cannot be used again until immersed in water for one long rest.

A long stretch of sand and stones descends from the scrub and trees, and ends in the cold coastal waters. The air is salty, and rotting masses of kelp and tidal detritus create sharp odors as you pass them. Up the beach, a mound of sand is surrounded by small stones and driftwood. A lonely melody rises from the mound; it is heartbreaking and ominous.

DC 10 Wisdom (Perception or Survival) checks made on the beach note a lack of insect and animal life. PCs with a scholarly background can make a DC 15 Intelligence (History) check to reveal the song is very old and sounds vaguely elven. A proper search of the beach in combination with a DC 12 Wisdom (Perception) check uncovers piles of clothing, fur, and bones half submerged in the sand. Jewelry, coins, and other valuables (50 gp worth) left behind by the beach’s victims are found if the PCs take time to rummage through the sand.

The Song. The effects of the song on the PCs are described in Adventure Element B. Each PC is subject to the call of the nautilus. Affected PCs do not run headlong into the mound. Inform them they feel a strong urge to find the source of the music. The curse is identified with a DC 15 Intelligence (Arcana) check. Be forceful when enacting the curse, but remember the PC is not dominated and can still make good decisions—while trying to reach the source of the music…

The rocky, sandstone walls and ceiling of these tunnels are shored up by a strange wood-like substance. The sound of the sea is heard faintly above. It is utterly dark, and the song grows loud in your ears.

After descending the 20 ft., the PCs arrive in a small series of tunnels. The tunnels have been worked and show signs of being maintained. A DC 10 Intelligence (Investigation) check made while examining the ubiquitous wood-like substance reveals that it’s organic in nature, similar to wasp’s pulp. Read the following after the PCs have traveled in the tunnels for a while:

The song’s source draws near. As you wind your way around a bend in the tunnel, a chamber is revealed. Roughly 50 ft. around, this circular room contains a makeshift pedestal in the center, atop which a large nautilus sits. A clattering is heard in the dark as something large scuttles towards you.

Nautilus’ Guardian (combat encounter, CR 4) A single chuul attacks the PCs. Drawn to the old song and the magic of the nautilus, the chuul both worships and guards the artifact. The song allows the chuul to gain 5 temporary hit points on initiative 20 of each round. Increase the CR of the encounter by adding one or two giant crabs.

The PCs may collect the nautilus from the pedestal.

How does the region react to the cleansing of the cursed beach? What dark forces are drawn to the PCs when word that they possess an abolethian artifact spreads? Do the tunnels lead to ruins of the fallen empires far below the sea?