Skip to content
Home / Delve into the Depths in the Kobold Blog / Old Hat Monsters: Flavoring an Old Hat Encounter 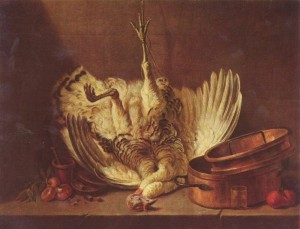 The dice land and, according to your random encounter, it’s one of those classics your crew has become way too familiar with. Zombies, trolls, giant spiders, goblins, and worgs can fail to excite more experienced players. Maybe you scroll through some of my old templates and add a twist to the monster, but frankly there’s only so many times that’s going to work until they start calling you M. Night Shyamalan.

So do you skip it? That isn’t palatable because they are running willy-nilly through a dark forest and the ghost of Gary Gygax demands you hit them with something. Here’s a hard truth: Your players aren’t bored with those Old Hat Monsters; they are bored with how you present them. Join me after the jump, and I’ll share some tidbits you can use to spice those encounters up again.

Step 1: Use an Introductory Element

Every serious writer wrestles with the introduction. It’s important because you have only so long to engage an audience. It helps to plan ahead, but if you haven’t, simply think of the environment and do your best to describe it. What kind of forest did they wander into? What season is it? What sounds do they hear and what scents do they smell?

It’s late in the fall season. The air has a chill to it, and the leaves beneath your feet make a rustling sound. Everything has that sickly sweet smell of decaying leaves, and you can see farther than normal due to the amount of moonlight. Off a little ways, a small flock of three wild turkeys pecks at the ground.

Notice I haven’t introduced the monster yet, but I likely have your attention. Let your players absorb things after an introduction, and see if your players hand you a gift. The party’s ranger might see dinner and shoot at the turkey. The noise then alerts the goblins or worgs you have waiting to ambush travelers farther down the trail. If you do this frequently enough, though, the party might go on high alert because they know you’re up to something each time you describe a setting in any detail. You can simply let the moment pass from time to time so they never truly know what’s going on. Use the words to frame the setting, then move on to the next area—even if nothing happens, you’re still building your world for them to play within.

You’ve introduced the encounter with some colorful prose, and now it’s time for your monster to step onto screen to take advantage of that moment. Even if it isn’t a likely TPK, every monster is a threat, so treat it as such and give it that level of respect so that no one will be bored.

With more experienced players, you can adjust the description of the monster into something less familiar. Another way to spice it up is to try and keep it off screen.

The turkey flock fled from your approach with its swift and awkward gait, and one falls to something that moves in a blur of motion. A short, furry humanoid with a large head hurls what appears to be a harpoon in your direction. With a shout, dozens of the almost dog-like humanoids charge through the bush throwing rocks, spears, and hand axes at you and your party. You can’t quite see them due to the undergrowth.

Or, assuming that the ranger decides a turkey will make a great meal:

As you’re admiring the turkey flock in terms of being a potential source of dinner, a guttural growl sounds behind you. A fast-moving flash of fur snatches a bird from the grouping and then is gone.

Step 3: When the Mechanics Are Unfavorable, Take Crazy Risks

The goblins aren’t a threat even in numbers against your 5th-level party. Heck, the goblins need 19s and 20s to hit, so why not call their shots? A 20 is going to hit regardless. Maybe AC isn’t going to work, but you need only touch AC for a net, or a Reflex save for a grenade-like weapon. Maybe the tribe all throws one weapon, then runs the other way (toward the den of a tougher monster).

There’s something psychological about telling a player the goblin is taking special aim at his or her character’s throat or eye. The goblin usually won’t hit, but when it does happen, it will be remembered.

So, what’s your favorite encounter trick?