Skip to content
Home / Delve into the Depths in the Kobold Blog / Welcome to Midgard: The Wasted West 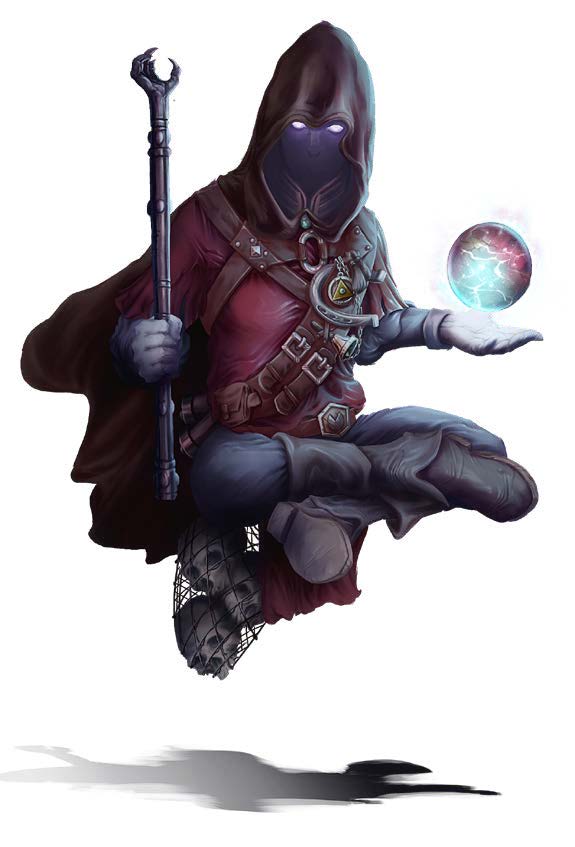 Perhaps no region inspires more tales of terror across the face of Midgard than its ruined western reaches, a once-verdant land permanently ravaged by the Great Mage Wars. A puckered, ragged scar of desiccated land that tears along the edge of the Green Duchy of Verrayne and down the coast of the giant-haunted Carnessian Peninsula marks its southern border. The desolation extends north to the elven courts of the Arbonesse, where it gives way to lush forests. In the east, the proud, towering Ironcrags crumble into the foothills of the Goblin Wastes. As one moves west toward the Leukos River, the terrible devastation slowly lessens before finally halting at the vast expanse of the Western Ocean.

For centuries, tyrannical arcanists dueled over the ley lines of Midgard’s western lands. Tremendously powerful mages built and abandoned principalities as the fickle ley lines shifted, and the constant magical strife among the rival magocracies slowly drained the life from the land. Only the bones of these cities remain today, their tumbled stones and spires covering a landscape pockmarked by acrid lakes and stunted trees. This is not the whole of the magocracies’ legacy, however.

Worst of the surviving relics are the colossal, unimaginable alien creatures summoned during the war’s desperate final years. The Dread Walkers slowly sleepwalk across the horizon, held outside of time by powerful spells woven by the combined might of the surviving wizards. Violent rag-wrapped dust goblins, their minds obsessed with the artifacts of past days, haunt the ruins and salvage lost items of power. Weary pilgrims plod over the Bone Road to the Seat of Mavros while trying to avoid hostile druids, river goblins, and the horrors of the Wastes. Undead wizards work in crumbling towers to awaken slumbering monstrosities. Oasis-like forests beckon in the wasteland, only to prove more dangerous than the dunes. To the south, dead-eyed giants haunted by their ghostly ancestors wander the land, and sentient plants creep over a great wall to transform the desert into lush, fecund jungle.

But civilization does continue. Midgard’s most acclaimed magic users thrive in Allain. White Knights from Bourgund offer protection from the badlands. Far Barsella supports an entire economy devoted to explorations of the Western Seas. From across Midgard come those who would pluck fame, wealth, and fortune from the shriveled corpse of these dead lands, and those who would remake the world with magic best left undisturbed.

Some 3,000 years ago, the island nation of Ankeshel sank and buried the history of humanity’s first great civilization under the Western Ocean’s waves, along with its vril magic and orichalcum temples. Dark centuries of barbarism followed and lifted only with the elves’ arrival in the West. The remnants of humanity fell under the dominion of the elven kingdoms, until over time humans again mastered magic and formed nations of their own. Caelmarath, most mighty of these kingdoms, bordered the Arbonesse to the south. The most gifted humans succumbed to the whispers of the arch-devils Mammon and his servant Totivillus, however, and spawned diabolic half-breeds and devilish abominations. These corrupted individuals plotted to control the powerful ley lines that crisscrossed their region.

Eight hundred years ago, thirsty for knowledge the elves refused to grant, the citizens of Caelmarath and the devil-blooded tieflings rose in rebellion. Though freed from elven domination, Caelmarath did not survive the Black Sorceress’s Revolt (see chapter 1). The war-torn land splintered into nine magocracies that competed to usurp the elf-controlled ley lines. Some histories claim that this long struggle corrupted the lines. The damage was great, and the magical roads were steered into dark territory. Doors opened to shadowy realms forbidden by the fey and stranger realms that beckoned from the dark between the stars. Void speakers and heralds of darkness arrived, offering the wondrous elixirs made from bitter sacrifice and blood magic.

When the elves abandoned their kingdoms and cities to walk other worlds, they left the magocracies with no common enemy. The wizards turned upon each other almost immediately.

With the elves gone, the nine magocracies vied for control of the ley lines. They sought to warp the lines so that their power might serve whatever diabolical interest the victorious mages served. Just as one magocracy asserted its full authority over the strongest lines, another rival would interfere. The contests rapidly became less subtle and more acrimonious. Any attempt at secrecy vanished over 400 years ago with the summoning of the Isonade, the creature responsible for the sinking of Ankeshel, by the deranged archmage Tycho Luz. It attacked the coastline of Allain and threatened to sink the western Arbonesse as well as Bemmea. Only the combined might of Bemmea’s mages halted the devastation and restored the beast to slumber.

Summoning the Isonade sparked open war. No longer were the giant slaves of Balinor the most powerful battlefield terrors. Acid rains that stripped flesh from bone and dissolved stone were called down on the city of Cuculla by Dar Ramek of Vael Turog. Gokram Mod’hul and Sethus Krykk, tiefling sorcerers from withered Caelmarath, infiltrated Cassilon and summoned powerful fiends in the streets. Herkest Galbrion, Archmage of Molovosch, created the Fellmire when she conjured a lakesized vampiric fog that sucked the life from all in its path.

The constant arcane turmoil stressed the region’s ley lines to the breaking point. The mages of Allain manipulated their holdings to seize ultimate control of this resource by bending the lines in warped, unnatural curves toward power sinks they created to permanently anchor the lines. But this seizure of power had unintended consequences. Enkada Pishtuhk, a treacherous member of the Fulgurate Society—a group of arcanists from every magocracy who had joined together to make peace—took advantage of the twisted ley lines. Pishtuhk tore a hole in the fabric of reality and summoned forth the Dread Walker Pah’draguusthlai to destroy the bitterly hated rival Magocracy of Uxloon. Competing mages used the stretched and twisted nature of the ley lines to summon another horror to stop the Dread Walker, but it was too late for Uxloon and the magocracy was annihilated.

The eldritch conflicts escalated, with increasingly alien monstrosities laying city after city to waste and withering all around them with each step. Only the combined might of the surviving archmages saved the world from consumption by the Dread Walkers. Unable to dismiss the creatures, the wizards instead halted time around them. Known as the Great Slumber, this effort condemned the creatures to a somnambulistic gait along twisting paths upon the parched lands of the destroyed magocracies. By the time the last Walker was slowed to a few steps each year, a desolate waste covered the lands west of the Ironcrags, and they stand little changed from that time of great ruin.

Nine magocracies formed from the ashes of the empire of Caelmarath when it fell apart following the Black Sorceress’s Revolt and the departure of the elves. Of the nine, only the Magocracy of Allain still exists today. The city of Barsella, while it has survived the last few centuries, is no longer a magocracy; instead it is ruled by a council of seafaring merchants and pirates, with help from a few geomancers. The remaining seven “lost” magocracies are described here…

2 thoughts on “Welcome to Midgard: The Wasted West”