Skip to content
Home / Delve into the Depths in the Kobold Blog / Welcome to Midgard: The Genie Lord 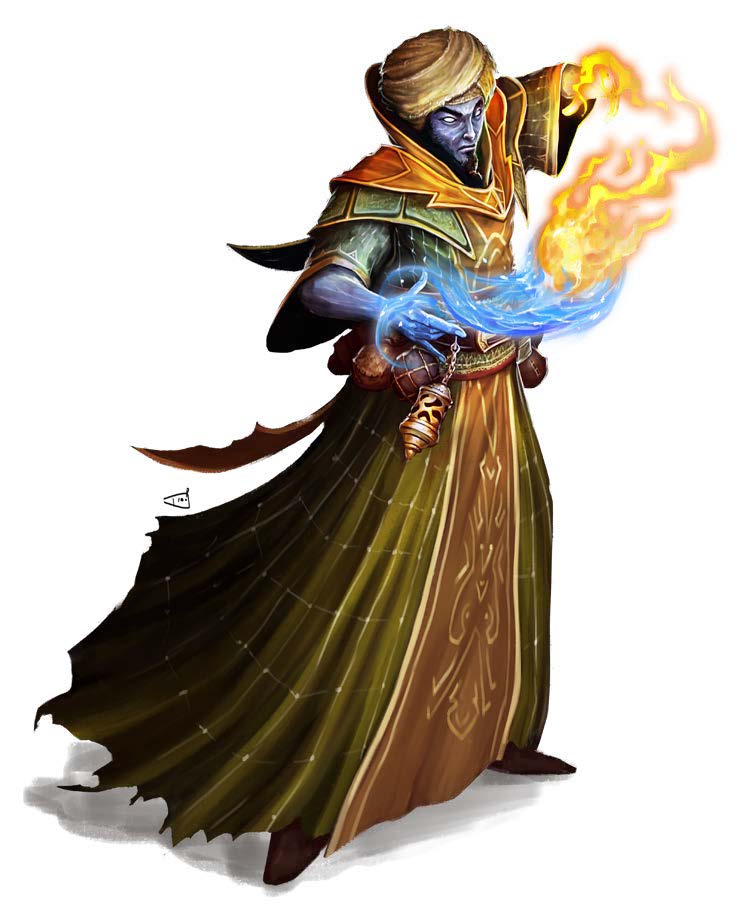 You have made a pact with a powerful ruler of geniekind on one of the Elemental Planes. The Genie Lord’s aims swing wildly from inscrutable to the mortal mind, to startlingly simple and straightforward. Genie lords struggle endlessly to one-up each other, and rivalries between these elemental rulers can engulf entire nations. They aren’t above bribing a rival’s mortal agents to switch sides if they think it will gain them an advantage.

At 1st level you can speak, read, and write Primordial. You can understand and be understood by any creature that speaks Auran, Ignan, Terran, or Aquan. Additionally, your patron grants you a token that can absorb elemental power. You gain a magical gemstone with the following properties:

If you lose your token, you can perform a 1-hour ceremony to receive a replacement from your patron. This ceremony can be performed during a short or long rest, and it destroys the previous token. The token shatters to slivers when you die.

Starting at 6th level, you can use the elemental energy stored in your gem token against foes. When you damage a target with a spell or attack, you can spend stored points to deal additional damage of a type stored in the gem equal to your Charisma bonus. If you deal damage to multiple targets with a single source, choose which one takes the extra elemental damage.

Additionally, you can extend the protection of your gem to other creatures. When an ally within 30 feet that you can see takes damage as described above, you can use your reaction to transfer some of the damage into your gem. MINOR WISH

Starting at 10th level, you can call upon your Genie Lord to twist fate in your favor. Immediately after you make an attack roll, saving throw, ability check, or damage roll, you can choose to reroll and take the better result.

Once you use this feature, you can’t use it again until you finish a short or long rest.

Starting at 14th level, you can channel the power of your patron into your flesh to magically transform into a herald of your Genie Lord. Your legs fade away into a swirl of elemental energy, and your skin and features take on a cast that resembles that of your patron. You can transform as a bonus action and the transformation lasts for 1 minute, during which you gain the following benefits:

Once you use this feature, you can’t use it again until you finish a short or long rest.

5 thoughts on “Welcome to Midgard: The Genie Lord”