Skip to content
Home / Delve into the Depths in the Kobold Blog / Boarticulture: Brutes of the Swine (Part 1 of 3) 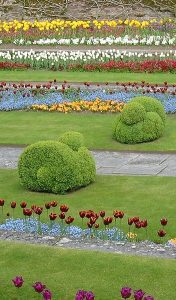 A swine tree, also known as susero to the fey, attacks anything it perceives as a threat and usually attacks without mercy. Most believe they are the result of an arcane experiment that has run wild. There have been confirmed cases of infestations of swine trees taking hold in the fey lands, where they often prosper and thrive.

Nature DC 21: Swine trees live in family clusters and are fiercely territorial. The most common of these creatures is their small bush-like offspring, rarely encountered alone. Oftentimes, a parent is nearby, or these offspring  may instead be in the service of a fey creature of some sort. Because of their plant nature, these creatures are extremely adept at camouflage in forested areas.

The smallest of the swine trees, this pig-like creature resembles a squat pine or spruce shrub. Its small thorny tusks can inflict minor injuries, but its ability to disappear into the forest makes up for any lack of physical prowess…

[m] Boar Gore • At-Will
Requirement: This attack can only be performed as part of a charge.
Attack: Melee 1 (one creature); +9 vs. AC.
Hit: 5 damage, the target is knocked prone, and the hedge hog may shift 3 squares.

MOVE ACTION
Forest Camouflage
When in terrain that is mostly trees, underbrush, plants, or natural growth, the hedge hog gains a +5 bonus on Stealth and can hide with any cover or concealment.

These small creatures prefer to hit and run in packs—usually charging a chosen target and then spreading out into the surrounding terrain to hide before charging again.

3 thoughts on “Boarticulture: Brutes of the Swine (Part 1 of 3)”