Skip to content
Home / Delve into the Depths in the Kobold Blog / Your Whispering Homunculus: Crooked Characters—Emilia Bittersweet, Part Two 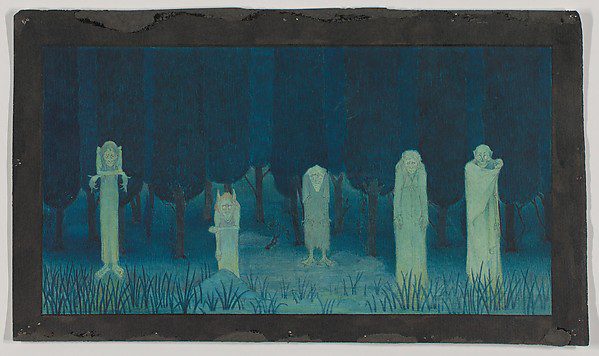 “Ah, Emilia, or should I call you Sister Ingratia today? Come in. I’ve been expecting you…”

Crooked Characters are detailed NPCs to slip into your adventures however you wish. Free from class and statistics, they can be used in any fantasy gaming system, each comes with a detailed description and character motivation for you to use in your campaign—perhaps as a mere passer-by, rumor, confidante or maybe the motivation behind a whole adventure.

Emilia Bittersweet is strong-willed and strongly motivated—she has friends among the lower classes who would put themselves in harm’s way to protect or hide her, she has a dark and potentially dangerous secret in her ghoul daughter, and she has many enemies. Emilia is deliberately slightly ambiguous so that you can tweak her to suit your needs—daredevil Robin Hood, obsessive keeper of dark secrets, or vague friend or enemy at the root of a seek and destroy adventure.

Here are a few ideas, together with two slightly more detailed outlines, for you to consider. We hope they are useful to you.

Using Emilia in Your Adventures

Emilia comes with a variety of options because of her very ambiguity. She might, for example, choose to befriend the PCs for a whole host of opportunities—robbery, partnership, a mutual loathing of ghouls, maybe even get them to help her find a cure for her beloved child Rebekka. The PCs might be hired to capture her but learn her secret and discover how loved she is by the poor in the slums and ghettos, maybe turning the tables on the very people who hired them to bring this menace into their clutches. Perhaps this very option has already been switched and the PCs are asked by the commoners of the city to release her from some hellish jail or the clutches of some powerful cabal.

Bringing the PCs into close contact with Emilia as a potential enemy offers you a chance to tell more of her story if you can bring about an adventure or encounter where she seems bad but her truth is somehow outed—perhaps even after the PCs are tricked or maneuvered into combat with her. She will add a dimension to other NPCs they encounter in the future as they will suspect a deeper story within each.