Skip to content
Home / Delve into the Depths in the Kobold Blog / Welcome to Midgard: Mazeborn 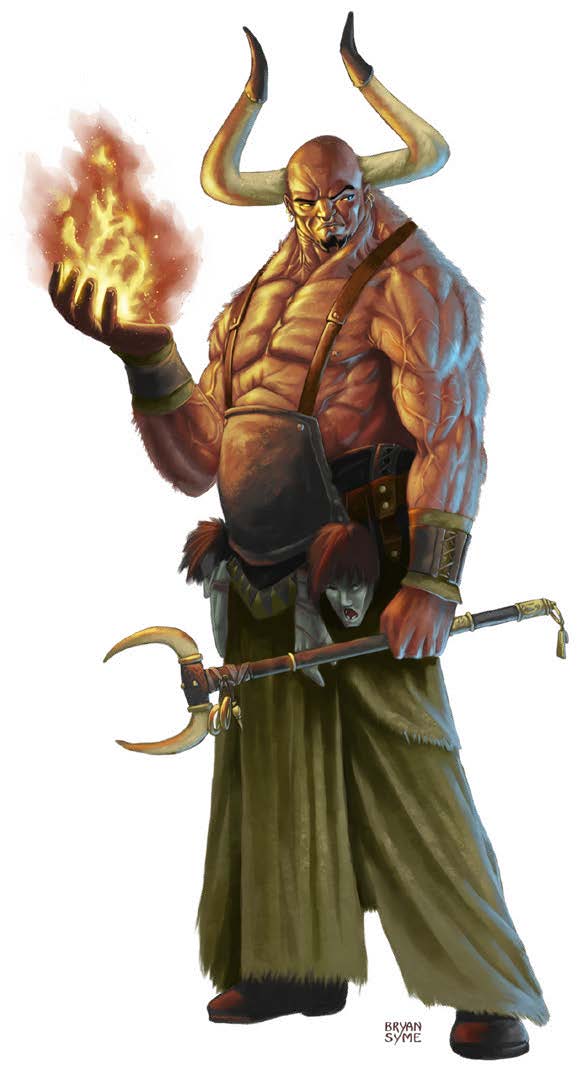 Your magic comes from a blood connection to a minotaur in your ancestral past. Most sorcerers with this origin are taller and bulkier than other representatives of their race because of the tinge of the maze in their blood. While those that embrace their blood start manifesting the bestial aspects of a minotaur, eventually the madness of the maze bleeds through them into the world. Except as noted below, mazeborn function as sorcerers and use the sorcerer spell list.

BLOOD OF THE LABYRINTH

When you choose this origin at 1st level, the blood of your minotaur ancestor makes itself known. You can retrace any path you’ve previously taken without a skill or ability check. You can speak, read, and write Abyssal. Additionally, whenever you make a Charisma check when interacting with minotaurs, your proficiency bonus is doubled if it applies to the check.

Starting at 1st level, when you use a Dash action, you can use a bonus action to cast a spell that requires a melee spell attack (e.g., shocking grasp).

Upon reaching 6th level, your bestial blood further manifests, twisting your feet into hooves and causing you to sprout a pair of horns. You can use your horns to make a melee weapon attack that does (1d6 + your Strength modifier) piercing damage. You are proficient with your horns.

In addition, you can cast an enlarge spell on yourself by spending 1 sorcery point.

MADNESS OF THE MAZE

At 14th level, you can infuse your damaging spells with the power of the labyrinth. Spells cast by you that do psychic damage do additional damage equal to your Charisma modifier.

In addition, when you cast a spell that does psychic damage, you can select one creature damaged by that spell and, by spending 2 sorcery points, also target that creature with a confusion spell.

AURA OF THE MAZE

Beginning at 18th level, you surround yourself with the distortion of the shifting maze. As an action, you can spend 3 sorcery points. For the next minute or until you lose concentration, all attacks against you are made with disadvantage. In addition, any creature standing within 5 feet of you at the end of your turn must make a successful Wisdom saving throw or loss the ability to use reactions until the end of your next turn.