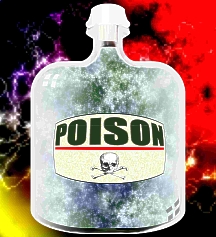 There is a game master rule of thumb: who, where, how, and why, but never when. In most cases, you can plan an encounter with all elements fixed in place except the time it triggers. Therefore, you can plan for NPCs to be at a certain place for a certain reason doing a certain thing, but you cannot make the PCs show up on time. The players control their characters. You cannot control when they travel.

You cannot control where they travel either, but if you design an encounter to trigger anytime the PCs arrive, then location is safe. In addition, a competent assassin will study his targets and learn their habitual routes. He will choose from among locations his targets travel regularly. Another option, after getting to know his targets, is to create a hook guaranteed to bring them to his desired location, possibly even at the most favorable time…

For the assassination, you can pick the location, the assassin, how he will attack and why, but make it so any timing is good in case the party decides to show up morning, day, or night—today, tomorrow, or next week.

How will the assassin take down his target? Set up the first round—a surprise round if things go your way:

I recommend pre-rolling the attack. If you fudge as a GM, then no need to roll. If you do not fudge, then record your results, make fake rolls behind your screen, and use the pre-rolled results instead. If you roll in front of your players, then you will need to do a bit more planning, but it is not a big deal.

Based on how the attack went, plan your next action. You will not know initiative order yet unless you fudge it, so you will need to plan four scenarios:

Cases #1 and #2 are success cases, and now the assassin needs to make a clean escape. #3 and #4 might mean he needs to attack again, depending on the contract and how you want to play the NPC. He who fights and runs away lives to assassinate another day. For planning purpose, landing in the middle of initiative is the same as landing last—the killer becomes exposed to potentially lethal or crippling attacks, so these four cases are all that matter.

No need to pre-roll and lay out detailed actions for all four cases unless this is fun for you and you have the time. Doing so increases the NPC’s chances of success, so feel free. Otherwise, take a piece of paper and divide it into quadrants, one for each case. Label each box (target alive/dead, initiative won/lost) and brainstorm possible tactics in each box.

Some tactics might seem like excellent ideas and prompt you to redesign part of the NPC. For example, can the assassin afford a ring of blinking because there is an awesome place nearby he can hide in or escape through if he makes it there undetected? Perhaps the assassin has excellent chances of escape if his speed was 40 ft. or his Climb modifier was 5 points higher. How could you make that happen?

Keep this paper nearby when the encounter starts and let it inspire your tactics as you run the game.

That is about all the planning you can do, so now we move onto running the game. Wait until players tell you their characters are headed to the place you have chosen to trigger the assassination. You cannot direct them to go there, unless this is an accepted style of gameplay (some groups jump directly from encounter to encounter like a movie directed by the GM, and others game out the moments between encounters as directed by the players).

Give the PCs all the incentive you can to travel to the encounter location without tipping your hand:

Johnn Four helps game masters have more fun at every game. He wants your players to shake in fear, beg for mercy and then declare you best GM ever next time you run an assassin encounter. If you want more GMing advice about Assassins, check out his new Legacies Campaign Setting website. Find out what combat strategy assassins need when fighting PCs, how to roleplay assassins and how to turn contacting and hiring assassins into awesome gameplay.