Skip to content
Home / Delve into the Depths in the Kobold Blog / Warlock Pact: Interplanar Imperator 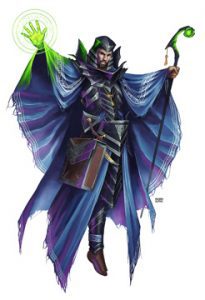 An Interplanar Imperator is a being beyond that of a god—a cosmic aspect holding the power of the multiverse in their grasp. Imperators grant power to their agents, granting strength to bring planes under one banner as they are brought into the Imperium’s embrace or encouraging instead the sowing of chaos, to prepare for easier conquest.

1st Level: Task of the Imperium

Depending on the nature of your pact, select either unite or divide.

6th Level: What’s a God to a Non-Believer

You have gained an understanding of just how powerful your patron is and realize the powers that be on your plane are playing at a game that has already been won. You are immune to the fear or charmed condition from creatures who feel they are superior to you, such as nobles, dragons, and gods.

10th Level: Domain of the Imperium

You can consecrate a piece of land on behalf of the Imperium for a short time. As an action, you create a 15-foot-radius circle centered on you to become a place of great power, though it does not move with you. If you chose Unite at level 1, the circle is filled with a bright light and heals all allies who end their turn within the circle for 1d8 + your Charisma modifier for 1 minute. If you chose Divide at level 1, the circle is shrouded in a magical darkness. This space is equal to the spell Darkness, but your allies and you can see through it without issue.

Once you use this feature, you can’t use it again until after your next long rest.

14th Level: Wrath of the Imperium

Starting at 14th level, you can put a foe beneath the gaze of your Imperator. As an action, choose a creature that you can see within 60 feet of you. It must make a Wisdom saving throw against your warlock spell save DC. On a failed save, the creature is granted the pleasure of feeling the wrath of the Imperator. The creature immediately takes 10d10 Necrotic damage (if the Warlock chose Divide as their Task of the Imperium) or Radiant damage (if the Warlock chose Unite as their Task of the Imperium). Normal resistance or immunity to this damage does not apply before the might of the Imperator.

Once you use this feature, you can’t use it again until after your next long rest.