Skip to content
Home / Delve into the Depths in the Kobold Blog / The Far Side of the Table: “Teching” the Players 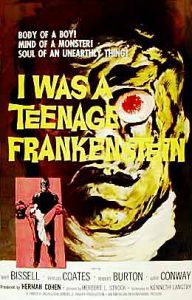 Welcome to the table. Today we talk about technology and players. This is part two of a three-part installment about “teching” your game. In the first part, we discussed the merits of projectors and digital battle maps. A much more challenging technology comes with cell phones, iPads, and other personal devices or “PDs,” for short. Let’s talk about turning cell phones and other PDs into assets for your game.

Upgrading the Game: “Teching” the Players

Our adventurers were trapped in the burning mansion. Somewhere amid the smoke, a beholder hunted for them, its laugh piercing through the sounds of cracking timbers. Strass stood guard as Tyrash leaned over the unconscious Azreal, trying to slow the rotting flesh creeping across the cleric’s body. Val appeared beside the three, motioning for them to follow quietly.

Two dominant ideologies exist concerning PDs: ban them from the table or use them as rulebooks, digital character sheets, and dice rollers. At my table, I allow PDs and have established rules concerning when and how they should be used. If my players grow distracted by their PDs, I remind them of our rules and work to draw them back into the game. 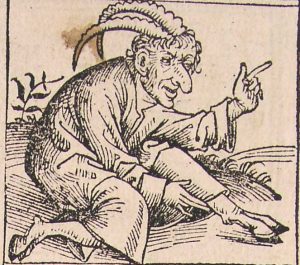 Our adventurers carried Azreal through the smoke-filled halls of Greyfall Mansion. Entering through a rune-covered door, Tyrash, Val and Strass stand before a smiling devil, its menacing horns curving high above its head. Tyrash stepped forward warily, noticing strange symbols encircling the creature. Strass slowly lowered the unconscious Azreal to the floor, preparing for a fight.

Having been injured to the point of unconsciousness, Azreal’s player began looking at his cell phone. When players use their cell phones or PDs during the game, it can be a sign that something is lacking in the game or that the player needs a mental break from concentrating. When a cell phone appears at the table, I use it as an indication to check in with that player or alter things in my game.

Tyrash inched forward, wary of the grinning devil standing in the center of the room. Surveying the symbols on the floor, the paladin realized that it was an ancient script, one that he could understand. Somewhere nearby, the alien laugh of the beholder echoed through the mansion. Val quietly moved to the door and peered through the keyhole.

As I mentioned in the first article of this installment, I focus on three tenets when deciding to use technology. The first and most important for this discussion is “What element in the game will be enhanced?” Cell phones and other PDs can help game play run smoothly. Here’s how: when Val stepped up to the keyhole, I could quickly use my phone to locate information about smoke complications. After quickly checking the rules, I informed Val that he couldn’t look beyond the door without opening it, putting the party at risk of being found.

Val stacked furniture in front of the door, knowing all too well that his efforts were in vain. “Free me and I will kill the beholder,” the devil’s whisper was quiet, enticing. Tyrash looked at his hurt companions, and the smoke from the burning mansion billowed through the door. Tyrash took a deep breath. “Say the words,” the devil giggled, moving to the edge of his prison.

While cell phones and PDs work as helpful aids when looking up rules or managing a character sheet, they have the opportunity to serve as a powerful roleplaying tool as well. Using text messages to act as secret messages, you can turn cell phones into an asset, building immersion in the game. In this case, I prepared the runic chant before the start of the session and readied them as a secret message.

Having known that Tyrash understood the appropriate language, I informed the player that they would be getting a text at some point during the session. When Tyrash surveyed the symbols, I texted the lines to Tyrash, who in turn read the lines out loud. The players looked on in surprise as Tyrash read the ancient lines with no clear indication as to how the player knew what to say. The ability to send secret messages via emails and cell phones helps create unique, immersive moments throughout your game.

Yet as with every technology, there are always difficulties with using them. When sending a secret message or looking up the stats of an enemy, I recommend preparing this content before the game and explaining what you are doing to your players. After sending the message to Tyrash, I explained to the rest of the table that he received a secret message. In doing this, I let my players know that this will be a new element added into some of our games. 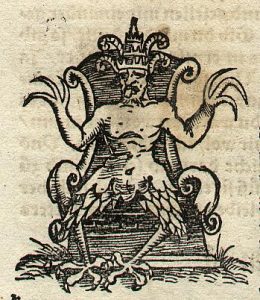 As Tyrash spoke the foregone script, the symbols flashed once and disappeared. The horned devil stepped forward, a spear appearing in his hands. He stared hungrily at Tyrash and let out a malicious laugh. “Now show me where this beholder is,” the devil eagerly said, “I want to hunt.”